Announced back in the end of August, the Samsung ATIV S was expected to be available to users this month. However, the device was never to be seen anywhere up until now when it popped up on T-Mobile Austria's website. 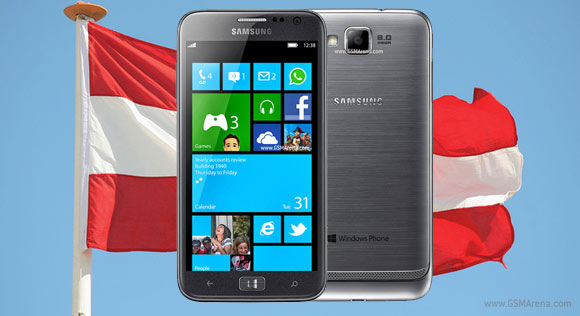 T-Mobile Austria hasn't confirmed it's the first in the world to carry the smartphone, but it has said to derStandard.at that it is the first in Europe.

Rumors are also saying that Sweden's Telia is planning on offering Samsung's Windows Phone 8 flagship within a week, but that hasn't been officially confirmed just yet.

The Samsung ATIV S is built around a 4.8-inch Super AMOLED display of HD resolution and has Gorilla Glass 2 on top for extra protection. Powering the smartphone is a 1.5GHz dual-core Qualcomm Krait processor and 1GB of RAM. At the back, there’s an 8MP camera, while a 1.9MP snapper is at the front.

It isn't intended for everyone, have you heard what Nokia emphasized on Lumia 920? 'A phone for different kind of people.' For sure it will suck for many people as well as will be loved by many others.