Samsung announced that Android 9.0 will come to the Galaxy M trio in the beginning of June, but some are already reporting that the Pie update is arolling out for the Galaxy M30. The M305FDDU1BSEA update comes in at 1.14 GB and brings Samsung’s One UI interface alongside the May 2019 security patch to the entry-level phone. 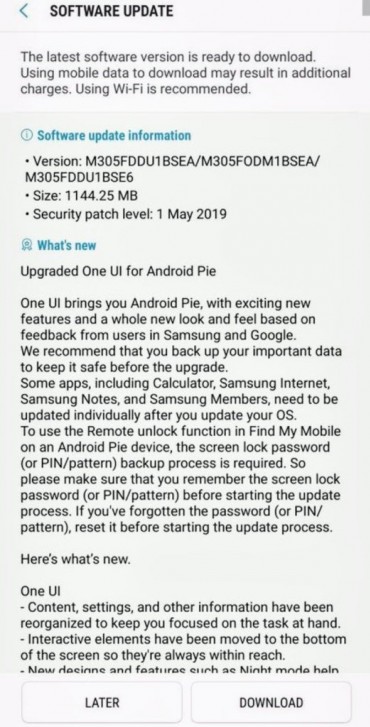 One UI is a big overhaul in Samsung’s design language with a focus on one hand usability and simplicity. There is a system-wide dark mode as well as the new Bixby Routines. The Android 9 update should arrive to more Galaxy M users in the coming week.

Samsung is funny giving a 2019 device a 2018 OS. All this year samsung phones should start with PIE not with OREO.