Samsung is testing a new UI in China and Korea as part of the Galaxy Beta Program. The test is being done on the Galaxy Note5 and called 'New Note UX'. 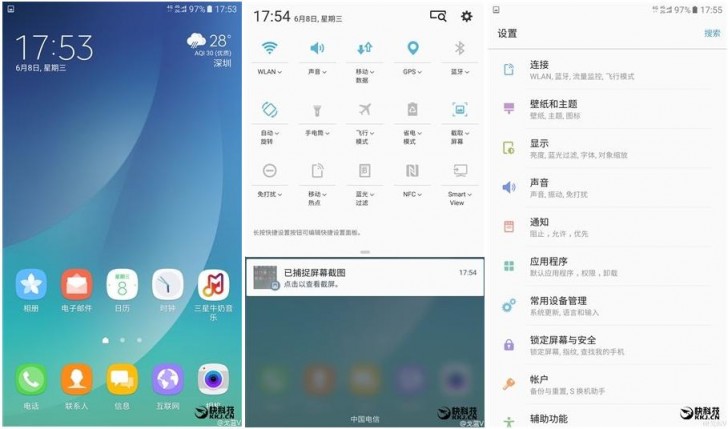 One of the big changes is the lack of app drawer in the launcher. This is a common trend among Chinese OEMs so it's likely Samsung is trying this out to see how it works in East Asian markets. The app icons are shaped uniformly, even for third party apps, which means it is cropping them, another trend among Chinese OEMs trying hard to emulate iOS. It remains to be seen if either of these things will be optional or forced upon users.

There are some other changes too, most noteworthy one being the Settings app, which again looks a lot like something you'd find on a Chinese smartphone. Also, Samsung seems to be moving back from having text for buttons to just iconography.

The source says the UI changes will be coming to all flagship Samsung devices in future and not just limited to the Note5 or the upcoming Note device. This is in beta still, so some things could change.

I actually like it alot since it's easy to navigate and shows alot of information.

I agree with you that it is good looking. But all the windows are very confusing, and it seems that the ui is incomplete, lacking some features. Nonetheless it is still good looking, but I prefer stock android.