Samsung CEO embarrassed by the Galaxy Fold fiasco, he "pushed it through before it was ready"

The Samsung Galaxy Fold is perpetually coming soon. The Korean company issues a new press release or has an exec do an interview every few weeks reiterating in vague language that the launch is still on, and it will happen sooner rather than later. But time keeps passing and the Fold is still nowhere to be seen in stores.

Samsung co-CEO DJ Koh has now told The Independent that he admits he "missed something on the foldable phone", but the company is in the process of recovery. At the moment more than 2,000 prototypes are being extensively tested so that no new issues will arise. 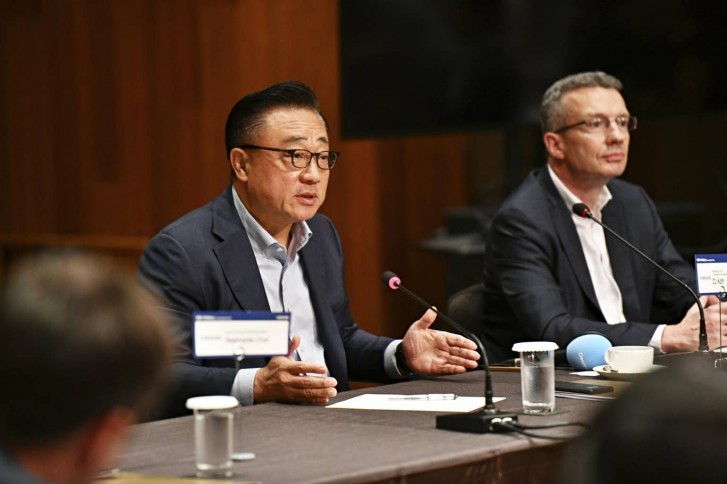 Koh earnestly confesses that "it was embarrassing. I pushed it through before it was ready". He didn't go into more detail - like whether Huawei announcing the Mate X had anything to do with the rushing of the Fold to the market, but we can of course infer that. Then again, seeing what happened to the Fold, Huawei has also decided to push back the release of the Mate X by around three months, which should be coming in September.

Koh is adamant that the Galaxy Fold hasn't been canceled and will indeed launch... at some point. He didn't reveal a specific release date, only saying it will be out "in due course." "Give us a bit more time," he continued. "The last couple of weeks I think we defined all of the issues and all of the problems we couldn't find [before sending to reviewers]."

Man even a profesional reviever had no clue because its a brand new device and something really different than on the market anywhere to buy. It was a Samsung fail. They should make it better before the release. For what sake there is than thin fi...

Well all its Samsung fail. If they nevcer get idea about folding device it wouldnt exist and so this problems. Its fine having a new technology but behind the closed doors not telling anyone unless the device is ready for mass-production.

Why would you need a spy? what happened to the Fold became widely known through all tech media and it was an embarrassment to the company. Huawei must have been rushing themselves to launch alongside the fold not to fall behind and hd a breath of fre...