Samsung has announced its smartwatches will move on from Tizen and will come with Wear OS in the future, and there are at least two new series incoming - the Galaxy Watch4 and Galaxy Watch Active4.

Four devices (both lineups in two different sizes) have been certified at 3C (the Chinese Compulsory Certification) with a 5W charger, but more interestingly, none of them will ship with a power adapter. 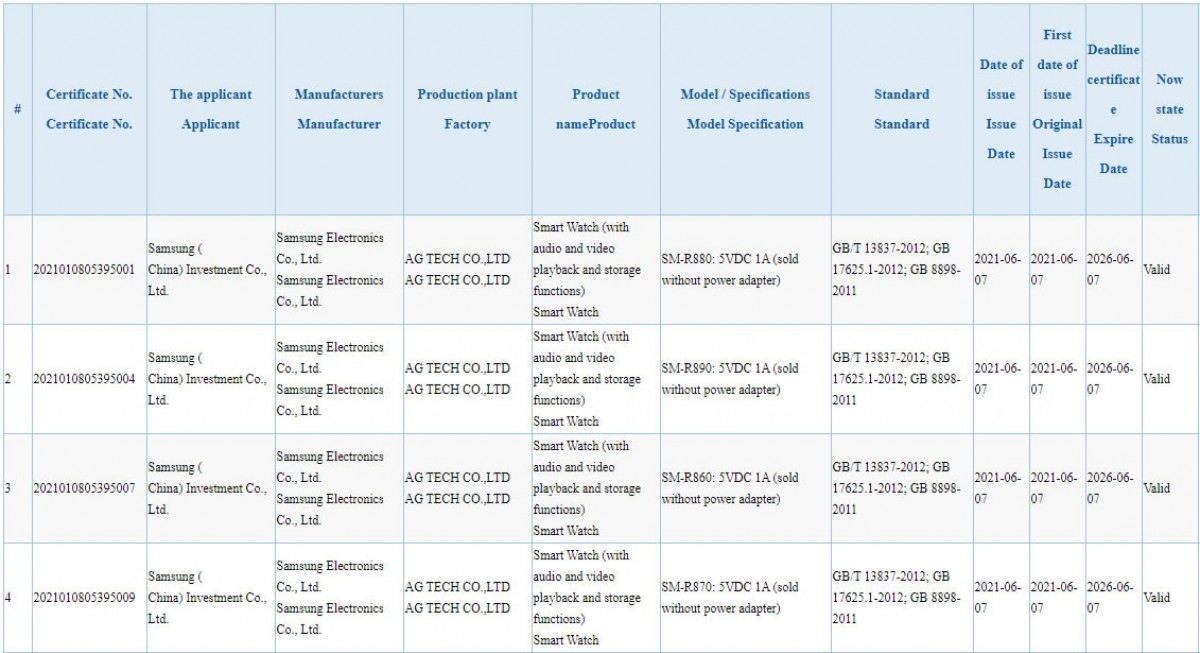 The first of those four has already been certified with a battery of 247 mAh, meaning the other three are likely to get bigger power cells. However, it is rather sad that Samsung has decided to stick to the 5W charging and we shouldn’t be surprised to see last year’s charging dock in the retail box as well. The new wearables are likely to arrive in August alongside the new Galaxy Z foldable smartphones, although we have nothing official by Samsung so far.

For what you pay for a Samsung watch, they can afford to give a charger.