Update: Just one day after posting, and then hiding the official invitation for Samsung's upcoming event, the company officially re-confirmed that August 11 will indeed be the date for Samsung's unpacked event.

Here's the official announcement from Samsung US.

For some reason Samsung is reluctant to officially commit to a date for the Unpacked event that will bring the next generation foldables, new watches and TWS earbuds. We’ve seen evidence that this will happen on August 11 and now there’s more.

This one comes from Samsung itself, the Russian sub-site, specifically. It says “The future will unfold in a new way. Very soon” and pins the time at August 11, 17:00 Moscow time (that’s 14:00 UTC). 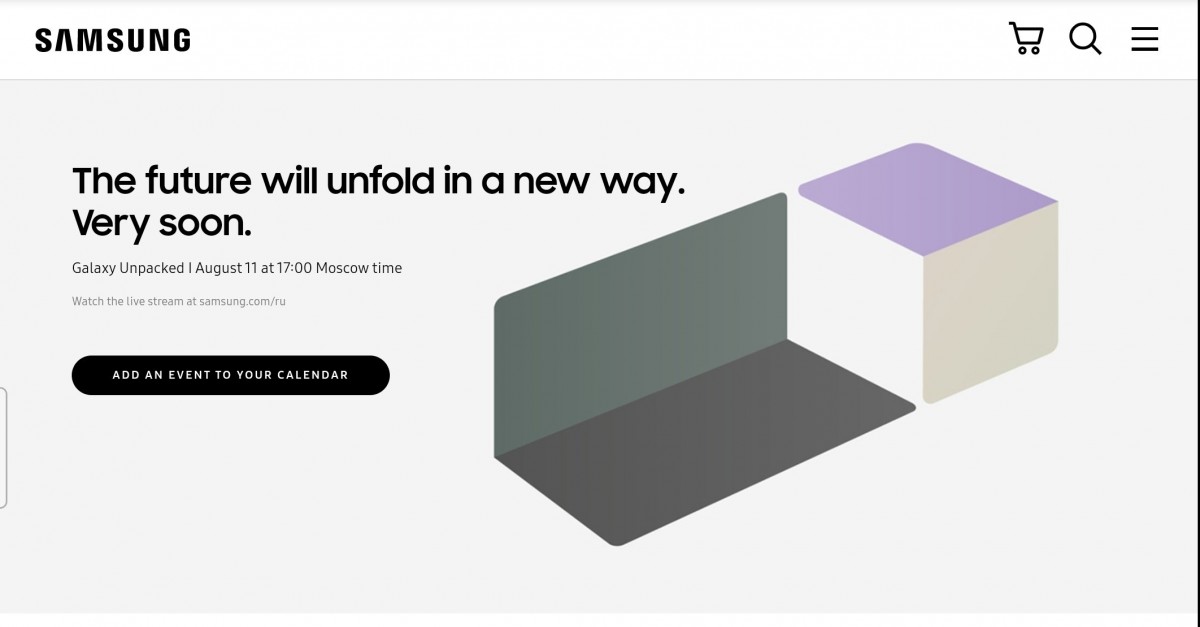 The abstract-looking shapes represent the large Galaxy Z Fold3 and the smaller Galaxy Z Flip3. Of course, this teaser was pulled down. The event is still a month away, but the cat is out of the bag, so what’s the point of trying to keep it hidden?

Renders of the upcoming devices, including the Galaxy Watch4 and Watch4 Classic, the Galaxy Buds2 as well, certainly did not remain hidden. Amazon Canada even briefly listed the watches while the FCC certified the S Pen Pro for use with the Z Fold3.

Ermahgerd, I can't imagine you're taking yourself seriously at the moment...

And that makes you cringey... Just staph with those horrendous emojis >.>