Through its Twitter account, Samsung confirmed that the Exynos 5 Octa processor is indeed fully capable of connecting to an LTE network. The Korean giant's latest silicon supports all LTE bands. 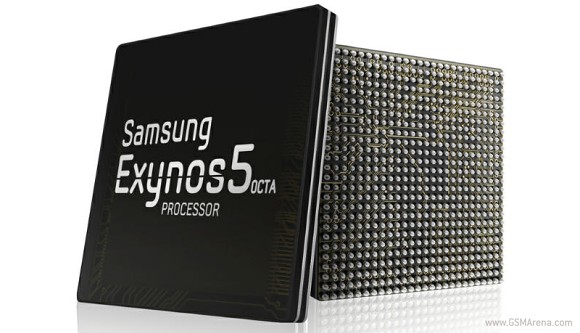 This announcement essentially confirms that LTE connectivity was not a factor in Samsung's decision to offer the its Galaxy S4 flasghip with Qualcomm Snapdragon 600 and Exynos 5 Octa processor options. Instead, it is the latter's short supply, which leads to the current arrangement.

The LTE capability of the Samsung Exynos 5 Octa doesn't guarantee that every Samsung Galaxy S4 sporting the chipset will be capable of 4G connectivity. Samsung is yet to comment further on this matter.

Full Lte support is a game changer. If it works on Verizon's network I will get one for sure.

Exynos chips supports LTE but like the SD600 relies on an external modem. The Exynos will not have LTE because it has a Intel XMM6360 DC-HSPA+ modem.