Remember the Samsung SM-C5000 whose existence was confirmed last month by the Indian import-export website Zauba? Well, the device has now been spotted on Geekbench, revealing some more of its specifications. 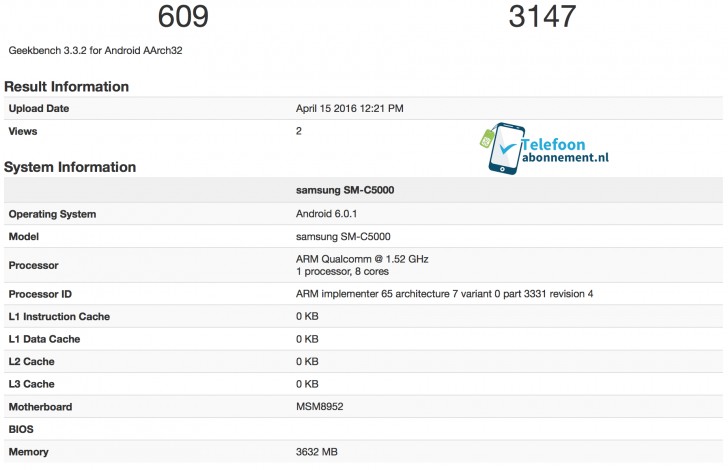 The listing shows that the handset is powered by a Snapdragon 617 chipset with an octa-core CPU and Adreno 405 GPU. In addition, it was also revealed that the phone has 4GB RAM, and runs Android 6.0.1 Marshmallow.

Its all only leaks guys.... This phone is actually a S7 lite... If its a S7 lite, the 16mp camera should be from last year S6 then? What do you think? For pricing, if it has the same price as tge A9 count yourself lucky...

samy shuldnt be aiming for customers pocket by mking crappy phone with same design signature they shuld consider thinking out of the box. samy shuld give customers design back with nice configuration if they're to remain in phone business come to tal...