Samsung has already pushed its one UI 3.0 beta based on Android 11 to the Galaxy S20, Note20 and Note10 series but the S10 line seems to be forgotten. Well according to early reports from beta testers, battery life drain is a real problem particularly on the Note10 series which is why Samsung is allegedly postponing the beta for older devices like the S10s.

The news on the beta delay was confirmed by a Samsung Beta Software Operations Manager in a post on the Samsung community South Korea forum. 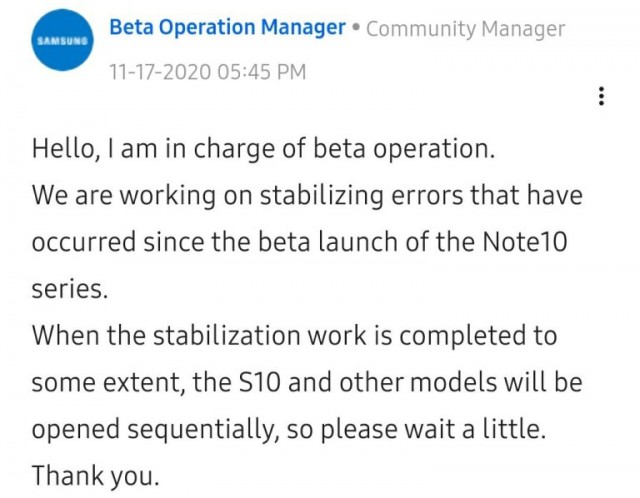 The beta for the S10 series was reportedly close to being launched but Samsung decided to cancel the premature release and try to work out the underlying issues. In addition, the beta is reportedly postponed for the Galaxy Z Flip and Z Fold2 for now.

Sure. It will come next year jan or feb. Unless u wan the beta rom which is not really recommended right now if that's your main phone

Hahaha go and read latest article on batterygate on this site.

The actual reason Apple slows down older phones via software updates is so that the phone lasts longer in order for Apple to get more income via services like Apple music, TV, iCloud, etc.