With less than 48 hours left until the official launch event, and a press shot of the U.S. bound Samsung Galaxy S II droids already out, today, we have the press shots of Sprint Wireless's version of the trio for you. 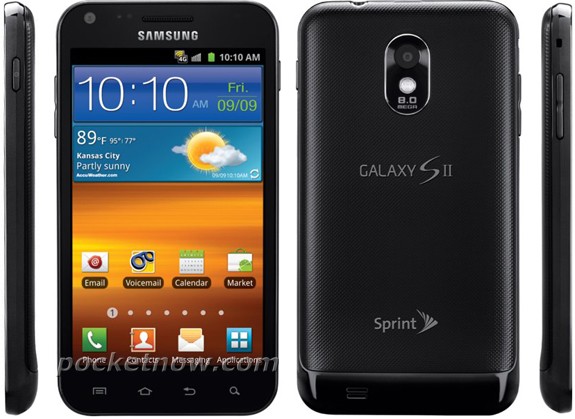 The device's most likely name will be Samsung Epic Touch - quite a logical choice, given the fact that the Galaxy S version for Sprint is the sliding QWERTY packed, Samsung Epic. This fact of course, dismisses the previous speculation that the Sprint version of the Galaxy S II will carry the name Samsung Within.

From the trio of Galaxy S II droids in the United States, the Epic Touch is probably the most conservatively styled one. It is also the only device from the bunch, whose front is not branded with an operator logo (usually a subject of heavy negotiations between carriers and manufacturers).

We will have the full scoop on the Epic Touch and the rest of the trio on Tuesday, when we attend the Samsung event in New York City, so stay tuned.

Will update jump to Honeycomb? When out?