Samsung releases a blog post today offering more insight on how the phone maker was able to put 960fps Super Slo-mo into the Galaxy S9 and what difference it has over the Galaxy Note8’s camera to make it possible.

First off, the Samsung Galaxy S9 and S9+ can record 960 fps for 0.2 seconds. This is stretched out to playback over six seconds and is 32 times slower than normal video recording. Samsung also threw in GIF exporting, reverse, and swing options to share your creations. 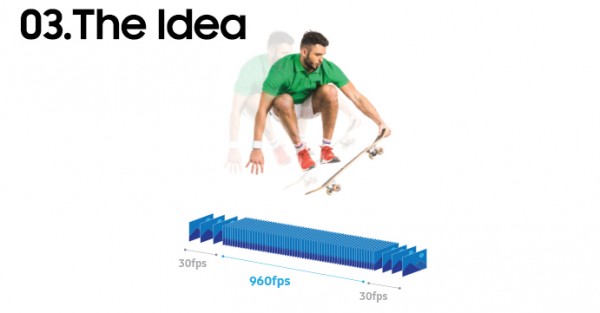 Of course, the issue that Samsung faced was that modern CMOS sensors capture light sequentially, which results in distortion in much higher frame rates. Samsung’s goal was to “create a CMOS sensor that would be fast enough to reduce the distortion problems, counter camera shake, and give users the power to explore completely new features.”

Samsung engineers needed to figure out how to make a sensor that would process images quickly enough to “slow down time”. The image sensor from the Note8 would need to be four times quicker for this to work. To handle higher frame rates, more bandwidth was needed for both the image sensor outputs and the video processing. 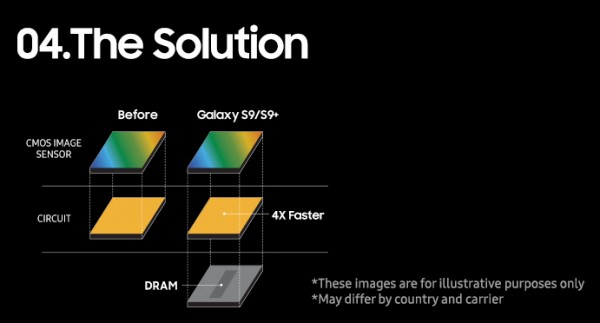 For this, Samsung came up with the three-layer image stack, which is comprised of the CMOS sensor, a faster readout circuit, and dedicated DRAM memory to process buttery smooth slow-motion.

The Ultimate goal is to develop a camera that always produces the best pictures for all users without tinkering with settings, allowing them to take photos and videos that satisfy their needs, - Junmo Kim, Samsung Mobile Communications Business Team member

We compared the Galaxy S9+’s camera to the Sony Xperia XZ2’s where you can check out both 960fps Slo-mo cameras compared head-to-head.

In case you missed it, Sony invented it AND made it work LONG before Samsung did. They weren't selfish, they didn't patent it in a way that they would get paid every time. And, if anything, Samsung copied Nokia by putting a camera on a phone.

I can explain it wait!! because Sony did it.

That half-baked stacked Dram sensor from Samsung can't do Perdictive Capture, this feature is very useful as a handy camera and Samsung still don't know how to do it.