Samsung explains the reason for the exploded Galaxy S III

Remember the Galaxy S III that exploded not so long ago? After the accident in Ireland, Samsung started an investigation to see what caused it and it's back with the results.

The company even contracted Fire Investigations UK (FIUK) to help them get to the bottom of it and they've concluded that it's a external heat source, presumably a domestic microwave oven. 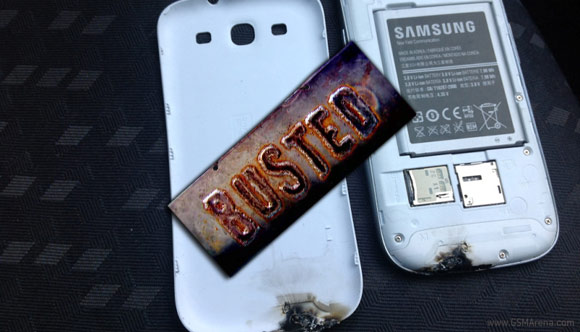 Here's what the report states:

After the statement, the owner of the overheated Galaxy S III has since brought more light as to how it all happened and has even retracted his accusations towards Samsung. According to him, the phone was exposed to water and "another person" had been trying to mend it.

Thanks for the tip, George!

Ah! Please did you want to it ice cream sandwich of galaxy s3 Huh? Lol ice cream should put in fridge if you try to eat it... XD