The annual Display Week conference tipped off yesterday in San Jose, California and Samsung Display is one of the most active participants. The Korean tech giant is showcasing its next wave of foldable OLED developments and now we get another in-depth look at the devices in a promo video.

The first device in the video features an S-fold display that bends at two points. When fully extended, the display measures up to 7.2-inches giving users a large canvas for multi-tasking. The video shows out up to three different apps positioned side by side and also presents a neat tent fold mode which also doubles as a bedside display. A simple fold brings the device to a pocket-friendly size which helps it slip into a jacket without any difficulties. When fully folded, the device is definitely thicker than previous Samsung foldables. 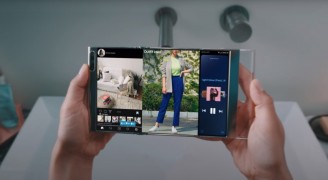 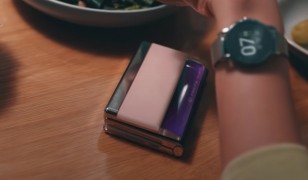 Samsung S-foldable display in its unfolded and folded state

We get another look at Samsung’s new laptop display with an under panel camera which presents a whole new take on ultrabook panels with some of the slimmest bezels you’ll see on any mobile display. The 17-inch foldable laptop looks inspired by Microsoft’s Surface Neo is shown as a capable productivity machine in a sleek and compact form factor with a versatile hinge mechanism.

The last portion of the clip is dedicated to the slidable display smartphone teased in yesterday’s images. We can see the device features neat use cases that let you open up notifications on the side as they appear which expand the display. The panel appears to be curved on both sides and can also seamlessly cast content to other Samsung displays with a simple flick. 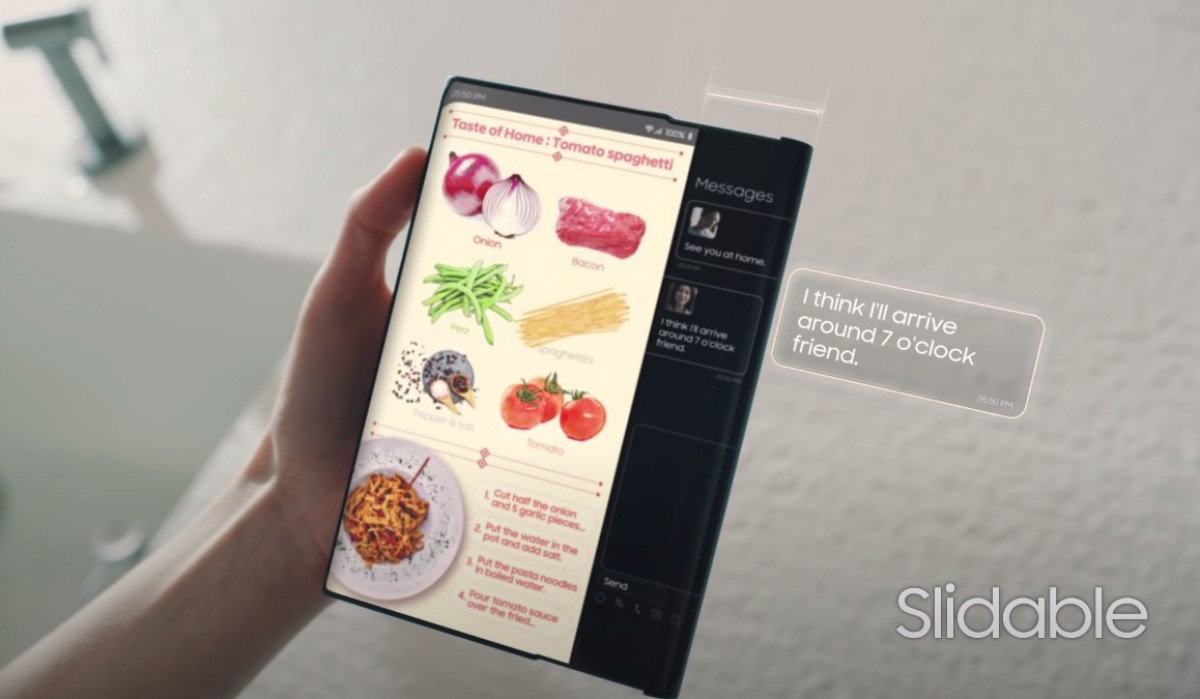 i assume foldable phones will not have future but, foldable laptops will be very popular. they are 3 in one; a 17" laptop, a 24" tablet, a 24" monitor at the same time!

I'm just tried of hearing how it the next "super processor" and how Apple is superior at school. The only thing I have are people who look at paper and says this is the best, when they don't understand. I believe there is a differ...