6.5-inch LCD has high contrast ratio, not so high brightness 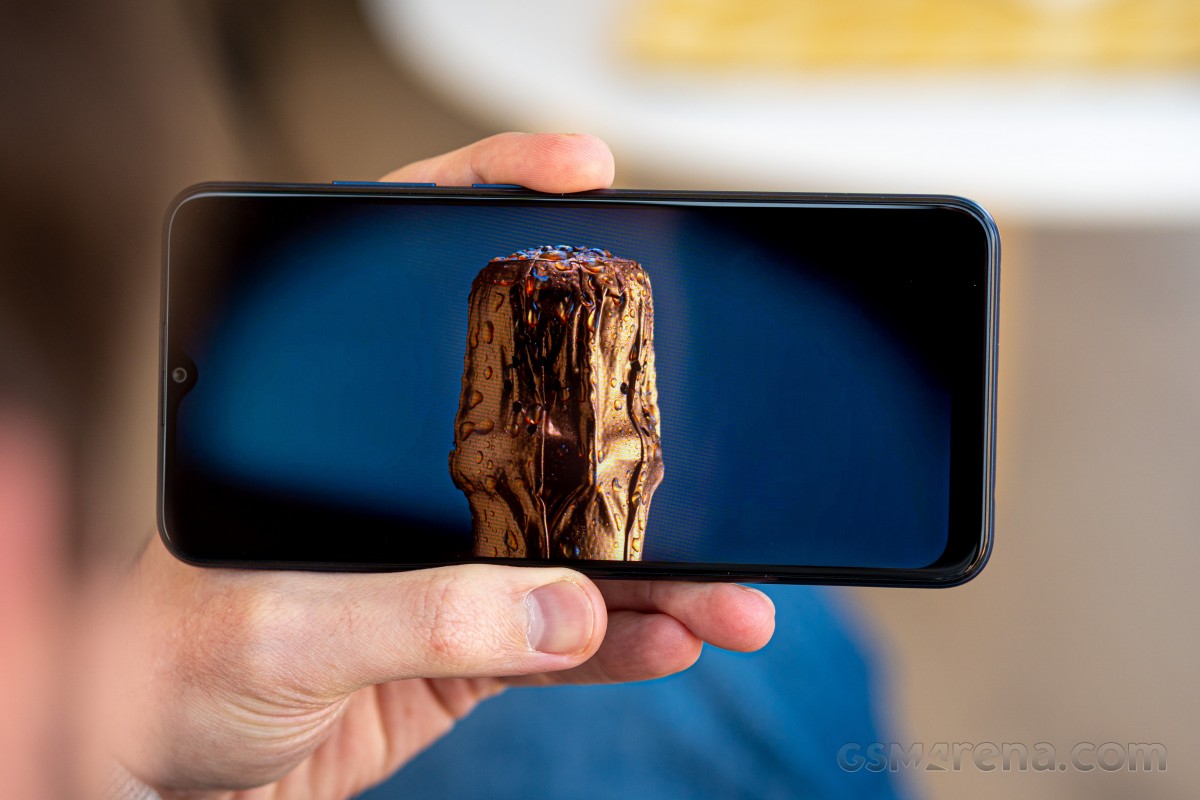 In our testing, however, the A02s returned different results than what we got out of the A12. The contrast ratio was higher on the A02s, approaching an excellent 1800:1, compared to the 1350-ish-to-one on the A12 thanks mostly to the deeper blacks.

The maximum brightness of around 400nits is virtually the same we measured on the A12 in manual mode, though that one had a (small) boost in Adaptive mode, which we didn't see here on the A02s.

Similarly to the A12, there are no color modes on the A02s. Color reproduction is different on the A02s, though, with an even stronger blue shift (the white point is some 14 units off the mark) and an average dE2000 of 7.3 when examining sRGB color swatches. Those numbers were 8 and 4.9 on the A12, respectively.

There's a 5,000mAh battery inside the Galaxy A02s, same as in the A12 we had here a couple of weeks ago. We got more or less similar endurance out of the A02s, too.

We clocked Wi-Fi web browsing at 16:29h, while video playback in airplane mode worked out to 16 hours flat, both numbers ever so slightly longer than on the A12. The voice call result was 34 full hours on the Galaxy A02s, again a little better than what we got out on the A12. Standby battery draw turned out higher on the A02s, however, ultimately hurting the overall result. In any case, the Galaxy A02s' Endurance rating of 114h is still excellent. 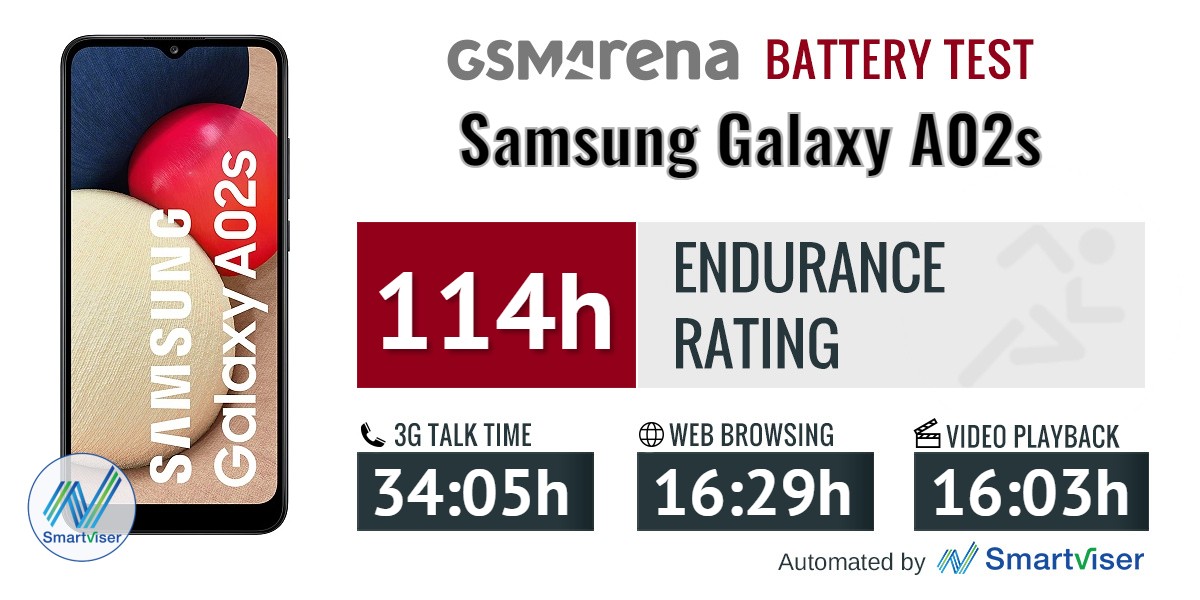 The Galaxy A02s ships with the 15W Samsung Adaptive Fast Charging adapter (QuickCharge 2.0 compliant), a staple in the Samsung charging history that was replaced for flagships in recent years, but you can still find it bundled with the lesser models.

With this included charger, we clocked a little over two and a half hours from flat to full and 30% at the half-hour mark. Neither number is spectacular in the grand scheme of things, but the A02s charges quicker than the A12, so another small win for the cheaper phone. 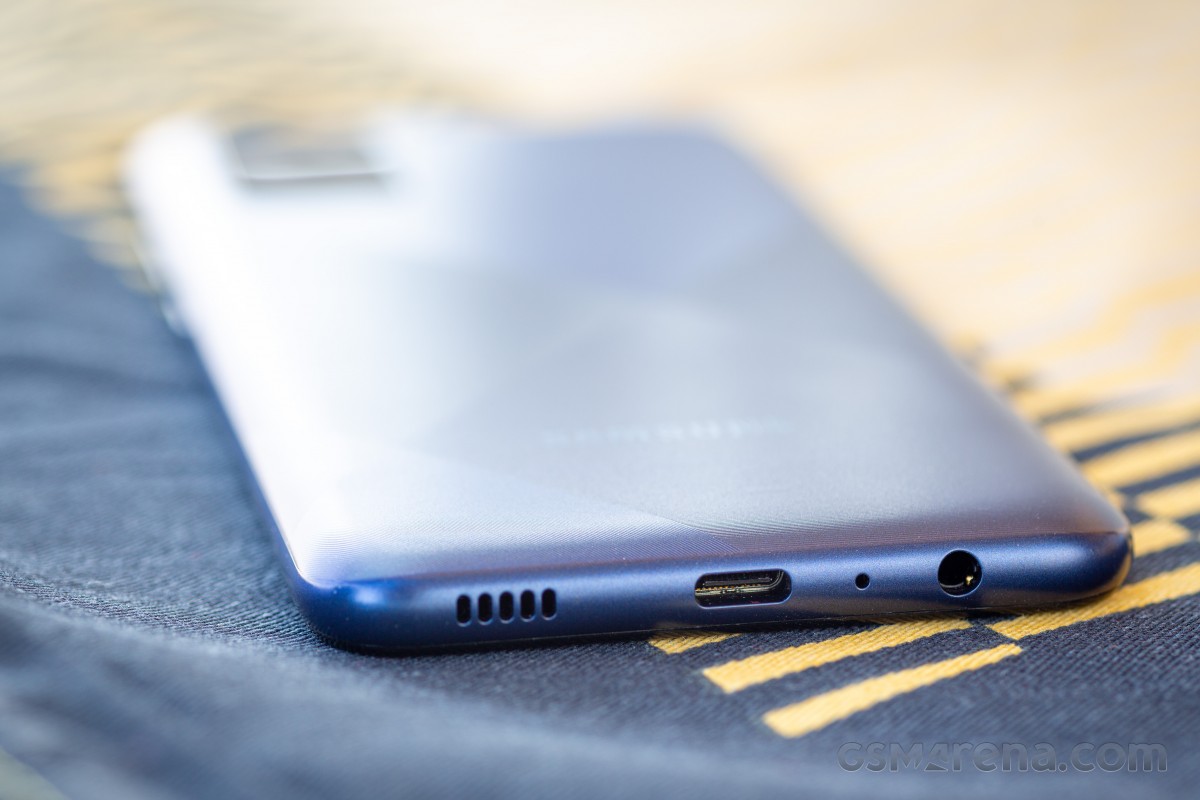 Typically for the class, the Galaxy A02s has a single speaker located on the bottom of the handset. In our testing, it returned a slightly louder result than the A12, just enough to make it into the 'Average' bowl for loudness. It sounds a little better, too, with noticeably more sparkle in the highs and nicer vocals, though bass remains non-existent.