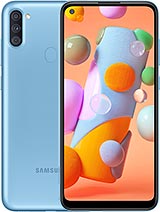 I dont get it. Why does so many people complain about this phone being trash? It works perfectly fine, all u have to do was manage storage and thats about it.
U can even play a game 5-6 Gb and it wouldnt lag badly. The pictures might be a little trash but it works. So I dont see the problem with your guys' phone. Already have this for 2 yrs, almost 3.

Anonymous, 28 Jun 2022Do not buy this phone it is an absolute piece of trash I am currently on my 2 year old moto e ... moreThe reason why its saying slow charger is cause your using a slow charger get a fast charger

This phone is a lagging piece of junk.

Do not buy this phone it is an absolute piece of trash I am currently on my 2 year old moto e because my half a year old phone can't stop glitching the cameras have stoped working it has 32 gigs but can't recognize a simcard or mico sd card anymore. Sometimes this phone glitches so bad it restarts and when turn it back on there are no wallpapers some apps go missing and it gets very hot doing simple tasks. I absolutely hate this phone and do not recommend and it also only charges with the stalk charger for about a week then it stops charging and says connect charger and also says phone is charging at slow rate to use fast charge use fast charger provided with phone. if I don't use a different charger the charger provided with phone will take about a week and a half to fully charge from 29% to 100% "yes I tested it". THIS PHONE IS NOT WORTH 70 DOLLARS. And I thought Samsung's were saposed to be good. My mom's Samsung g6 is better than the Samsung Galaxy A11

dhk682, 20 Jun 2022I have the Galaxy a11 in 2020 I think it needs some improvement in Bluetooth audio battery ram... moreGame Amplifier fps Enhancement LAN Enhancement Performance Thank you samsung for everything and make further improvements later


Cons:
-Camera quality comparable to an iPhone 4 that had been left in a microwave. I can't even take pictures of questions on a chalkboard without them being illegible.
-Sound quality, whether recording or playing back, is fuzzy and muffled.
-Often crashes.
-Has issues with screen size proportions (ex. phone display will be shown vertical, despite me holding the phone horizontal).
-Cracked about 1/6th of the phone after a 2-2.5 foot fall (had a case on it as well).
-Slow and unresponsive at times. Takes about 10-15 seconds to answer a call occaisonally.

I understand how Samsung are marketing a cheap, budget friendly phone, but could they at least make it functional? This phone is what gives Android a bad rap. Embarrasing. I will be switching to Apple within the year.

Got this phone in 2020, it was an upgrade for the first few months, then it slowly got slower. I can't change my password in the settings, the only password I can change is my Gmail password, it's face recognition doesn't even know what a face looks like, I can't add new fingerprints, and the fingerprints don't register most of the time.

This is such a laggy phone, and my old phone (had to get rid of it as it was too rare of a model, which ment I couldn't get the parts needed to fix it after I dropped it) which was from the post office could beat this at any time.

So not get this phone, the only thing that was an upgrade from my previous phone to this, is the battery life and charging speed, and its at such an unnatural size that I can barely type without screwing this up, and I've been using this as my main for over half a year now. The only thing stopping me from not getting a new phone is that I don't have practical time to go in and get a new phone, and that I now use my computer for games/talking to friends.

I can't warn you enough, do NOT buy this phone

I got the A11 almost two years ago and I've been using it daily this whole time. It was great the first year, but then became so terribly slow and laggy that it is rendered practically unusable. It's even dangerous in an emergency. I was in a car accident the other day, and in the emergency situation, I could not get my phone to cooperate with me to be able to call someone for help for at least five minutes. The next several hours were filled with trying to call back and forth with multiple people. Sometimes the phone would lag so much that I wasn't able to answer a call. Once on the call, it was fine, but until then it was a laggy mess that wasn't able to send or receive calls effectively. The A11 is the most frustrating phone I have ever owned. It is affordable, but that is its only strength in the long term. It is dangerous and unfit for an emergency. 0/10, would absolutely not reccomend.

I got the A11 off of Tracfone. The phone is decent for the price. The performance can stutter and lag but overall the performance is ok for people who use their phone for calls text messages and browsing the web and scrolling through social media and maybe some light gaming. The battery life is pretty good as well.

I have had the A11 for 2 years. I find it convient but missing some options.
When I feel it is getting bulky to use (slow) I close all apps and use task killer and I am right back to great usage. I did install some very helpful apps and j like my phone. Jmho

gsteele531, 01 Apr 2022I came here to read other opinions on the A11, and found that my experiences were identical. ... more You said is Not worth the money you spent on it.. then you wrote that you got if for free from ATT... DUH👈
Which one is it ?? but then Again, You Get What You Paid for... Which was Nothing 🚫

I bought this phone a couple of weeks after being released, I wanted something basicly Simple and the A11 did it for Me.
The only thing I really wished this phone had was NFC feature for Cardless Electronic Pay to be able to Pay at Retail Stores and the Vending Machines I use a Lot at my Job. Other than that every other Feature has worked Successfully Satisfactory: the
1-Sound & Music, 2-Media & Pictures/Video, 3-Wireless Bluetooth/Wi-Fi, 4-Text/Email Communication and last but not least 5-Great Web-Browsing Experience and including being able to Synchronize all my Work in Microsoft Office Suite and other Apps across all my Devices and Controlling them from my A11. As the matter of fact, I'm going to use my A11 until my New Samsung, FLIP Z3 5G Arrives on Tuesday, May, 17, 2022.
If you are Not Looking for Anything too Fancy, I Recommend Getting the Galaxy A11 for under $100 anywhere.

yasharala, 11 Apr 2022One of the worst Samsung phones I've ever owned. Its Super Slow and I have to restart it ... moreI do not agree with you. I've had my Samsung Galaxy A11 phone for two years and it has never gave me any problems. I love my phone. Maybe you got a defective one. Remember, in every batch of good apples, there is a rotten one. That's life, deal with it. However just because you had a bad experience with your "Samsung Galaxy A11", does not imply that others will experience the same issue. Don't "bash" the phone based on your experience. In my opinion it is a very good phone. People in general will judge the world according to there own personal bias. Good luck to you.

Why are 90% of the comments here complete gibberish? Not even ESL can explain the complete lack of proper spelling or sentence structure.
"I habd dis fone an it workkt rill slowe! habnds touch didn't wurk! no game! Coil of DIRTY no play!" lol

Samsung USA, 21 Jan 2022Hi! We are very sorry about your experience with the following Samsung A11 model. We are curre... moreIt's easy to apologize and tell a customer to buy another phone, but what about credibility? Words are cheaper than phones. The CEOs and engineers need to think if they would like to be treated the way they treat their consumers. Money can buy temporary happiness, but what if there is hell to pay? If a company knows it's product is poor, then they are guilty of fraud, theft and deceptive marketing practices, as well as operating without a conscience. All around a lose-lose situation in the long run. What does it profit if one gains the world and forfeits his soul?

Total of 548 user reviews and opinions for Samsung Galaxy A11.
ADVERTISEMENTS