The Galaxy A12 remains one of few phones in Samsung's lineup to not use an OLED display. It's a PLS panel or Samsung's take on the IPS LCD. At 6.5 inches in diagonal, it's anything but small, so if you're looking for screen estate, the A12 delivers. The 1600x720px resolution stretches a bit thin on this size - pixel density works out to 270ppi, though if you're not deliberately looking at fine texts from up close, you should be okay. 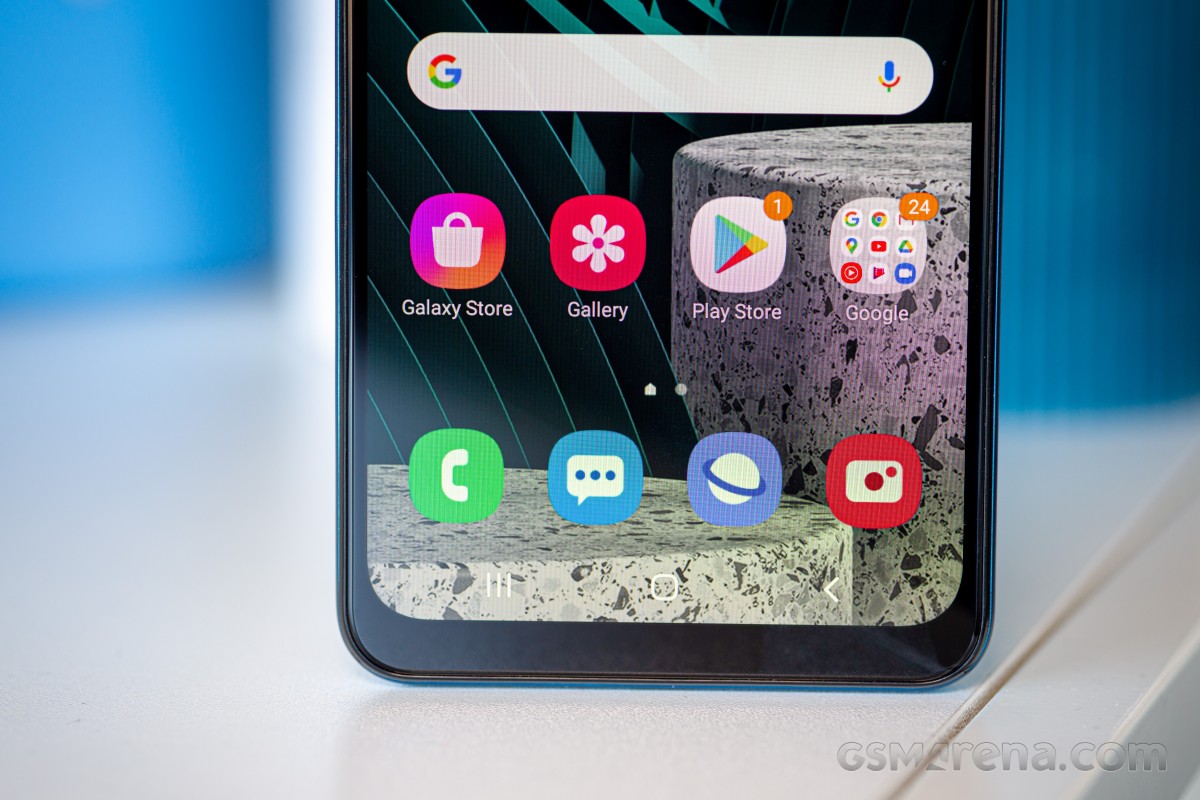 In our tests, the Galaxy A12 put out just under 400nits of brightness when we operated the slider manually. The phone doesn't have a dedicated ambient light sensor, but it gets a reading from the selfie cam for adaptive brightness purposes and with that toggle enabled, we got a minor boost to 472nits. Boost or no boost, contrast hovered around 1:1300 - a good if unremarkable number as phone LCDs go.

Unlike most other Samsung's, the Galaxy A12 has no color modes - it is what it is. And what it is is a panel that can somewhat faithfully reproduce the sRGB color space. We measured an average dE2000 of 4.9, though there was a noticeable blue shift and the white point was some 8 units off-target.

The Galaxy A12 is powered by a 5,000mAh battery - ample capacity for its relatively modest hardware. Indeed, the combination makes for some pretty respectable endurance figures.

We clocked over 16 hours of web browsing over Wi-Fi and an hour less of looping videos offline. The A12 managed over 31 hours on a voice call, pretty great, and topped it all off with a low standby power draw. In the end, the Galaxy A12's Endurance score worked out to 123h. 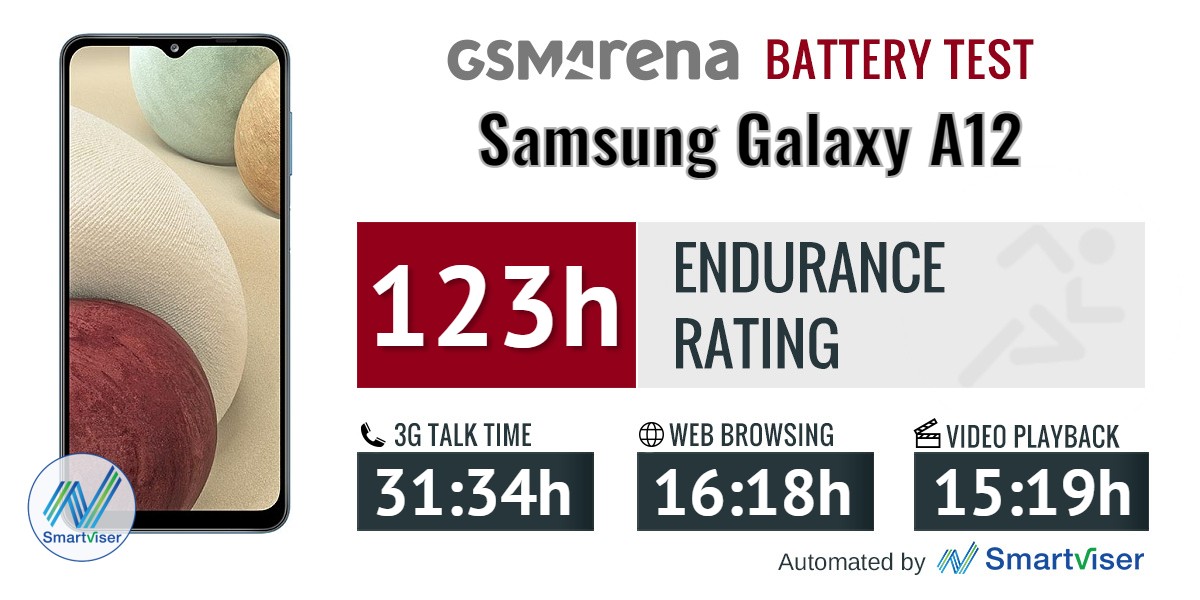 Our battery tests were automated thanks to SmartViser, using its viSer App. The endurance rating above denotes how long a single battery charge will last you if you use the Samsung Galaxy A12 for an hour each of telephony, web browsing, and video playback daily. We've established this usage pattern so that our battery results are comparable across devices in the most common day-to-day tasks. The battery testing procedure is described in detail in case you're interested in the nitty-gritty. You can check out our complete battery test table, where you can see how all of the smartphones we've tested will compare under your own typical use.

The included charger is the old and trusty Samsung Adaptive Fast Charging unit (QuickCharge 2.0 compliant) that we've seen for years. It's unclear what charging standard the phone supports, but in our experiments, it maxes out the 15W adaptor only with the screen on. With the screen off, it hovers around the 11W mark.

With this included adaptor, it took the Galaxy A12 3:03h to get from flat to 100%, which is quite slow. The 20% you get after plugging it in for 30 minutes is pretty disappointing too. Overnight charging sounds like the default way to go with this Galaxy. Good thing that its battery life is good enough that you shouldn't typically be worried about making it through the day.

The Galaxy A12 has a single bottom-firing speaker. It's one of the quieter handsets in the class, posting a 'Below average' score for loudness in our 7-track test. It doesn't stand out with quality either, with absent lows and muted treble response. There's no distortion to speak of at max volume, so that's nice.