It seems that Samsung has dedicated today to updating its affordable phones to Android 10 – the Galaxy A10 and A20e are getting it on the same day that the Galaxy J6 made the jump. 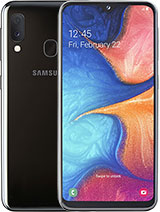 The Samsung Galaxy A20e update is version A202FXXU3BTC7 and includes the April security patch. Note that the two phones are also getting Samsung’s One UI 2.0 as part of the update (but not the latest One UI 2.1).

The Samsung Galaxy A10 is a month behind on its security patch, it only received the March version. Anyway, firmware A105FDDU3BTCA is quite a download, 1.2GB, so you better settle in.

Both the A20e and A10 are on the quarterly release schedule for security patches, expect the next one in three months.

By the way, the Galaxy A10s got Android 10 earlier this month (with the same March security patch).

Its amazing how samsung remembers to update their budget phones specially software updates experiencing flagship updates even they are so called budget phones. Im using an A10 and im quite impressed. I will be owning a smartphone samsung galaxy s10 s...