Samsung Galaxy A20s appeared on TENAA earlier this month with specs and pictures, but now the device is finally revealed. The Samsung Malaysia division launched the device alongside the already known Galaxy A30s and Galaxy A50s, and looking at specs, it has some downgraded specs, but there are also some improvements on the hardware side. 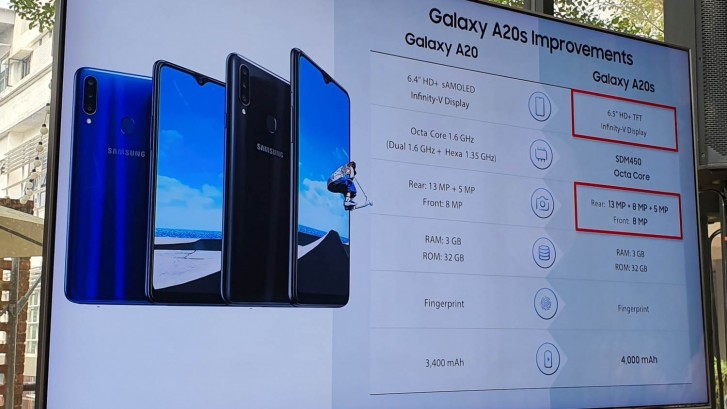 According to official slides, shared by amanz.my, the screen of the Galaxy A20s is indeed a 6.5” TFT LCD panel with HD+ resolution. The chipset is now Snapdragon 450 with octa-core CPU.

For comparison, the Galaxy A20 that was launched in the Asia Pacific region has a Super AMOLED panel and Exynos 7884 SoC. 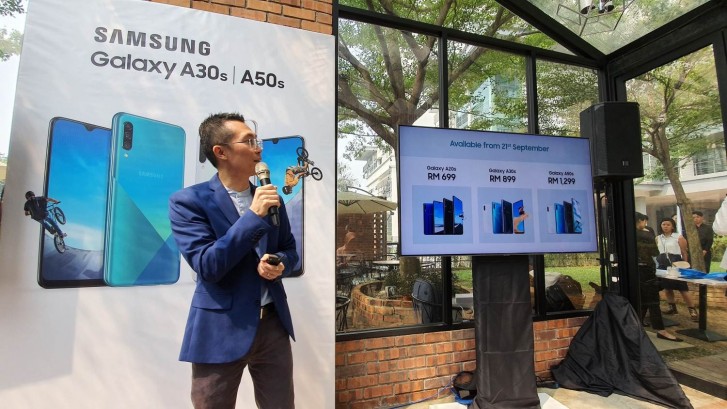 While the original device arrived with two cameras, now we have three snappers - 13 MP + 8 MP + 5 MP. RAM and storage remains a healthy 3/32 GB combo and the fingerprint scanner keeps its place on the back panel.

Another difference with the Galaxy A20 is the 4,000 mAh battery, which is a huge improvement over the 3,400 mAh power cell.

Samsung Malaysia is launching the Galaxy A20s in Black and Blue on September 21 at MYR699 which translates to about $170.

Lower third-party retailer prices probably, phones like the A50 are bought for ~150 MYR lower than the MSRP after all

I really don't know why is Samsung best seller in Malaysia.