The new Samsung Galaxy A series has proven to be an excellent lineup of offers starting from the budget A10 and going all the way to the upper-midrange A80. We already reviewed a bunch of those As, but we are far from done yet - there are still so many of them left. And today it's the Galaxy A30's turn - an intriguing mixture of A40's internals and A50's display.

The Galaxy A (2019) smartphones have a couple of common features, and the A30 is no different - it has a glasstic body, a Super AMOLED screen, and a multi-camera setup on the back that includes an ultra-wide-angle snapper. But this phone is sort of an oddball. 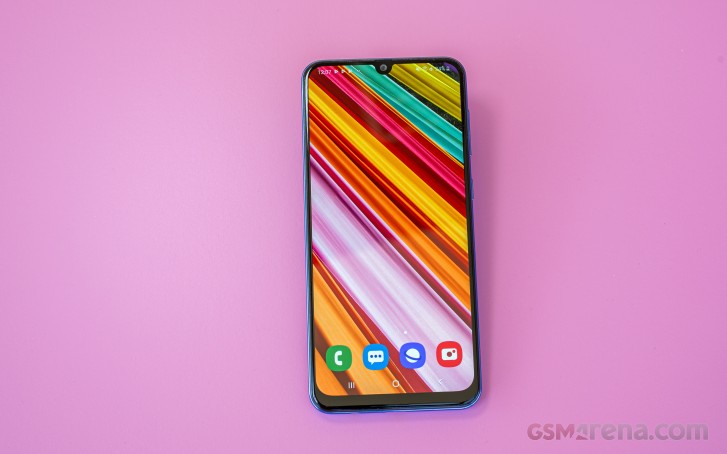 We guess at some point Samsung had this plan to arrange those models by price, but the Galaxy A30 does not fall into the ranks so well as it is more expensive than the A40 model. And it makes sense to be that way since the Galaxy A30 packs a larger AMOLED and a beefier battery compared to the A40. 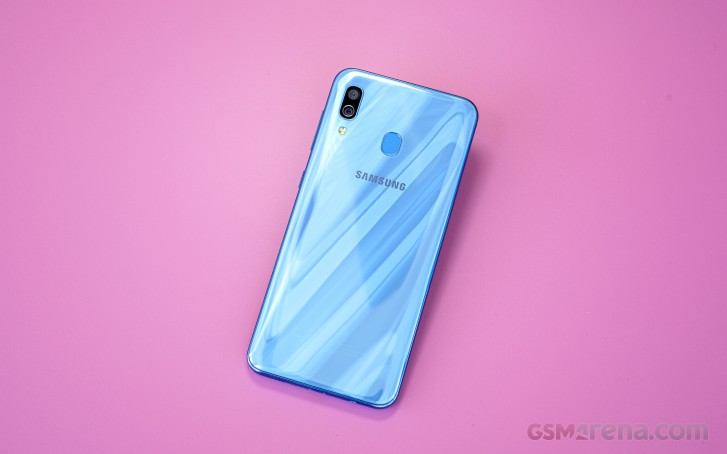 So, the Galaxy A30 is jam-packed with nice hardware - the 6.4" Infinity-U AMOLED is among the best screens in the entire midrange class, there is a snappy enough Exynos chipset, a dual-camera on the back, a huge 4,000 mAh battery, and Samsung's latest One UI on top of Pie OS.

What's missing? Just water-resistance. Indeed, water-resistance was the cornerstone for the Galaxy A series, but not anymore. None of the latest A phones comes with ingress protection, but they are not losing any slots or jacks, so it's a silver lining of a sorts.

Unboxing the Galaxy A30

The Galaxy A30 retail box contains the usual bunch - a USB-C cable, a rather cheap-looking pair of headphones with a mic, and a charger.

The A30 supports 15W fast charging, Samsung's Adaptive Fast Charging to be specific, and get the corresponding charger bundled with each A30. 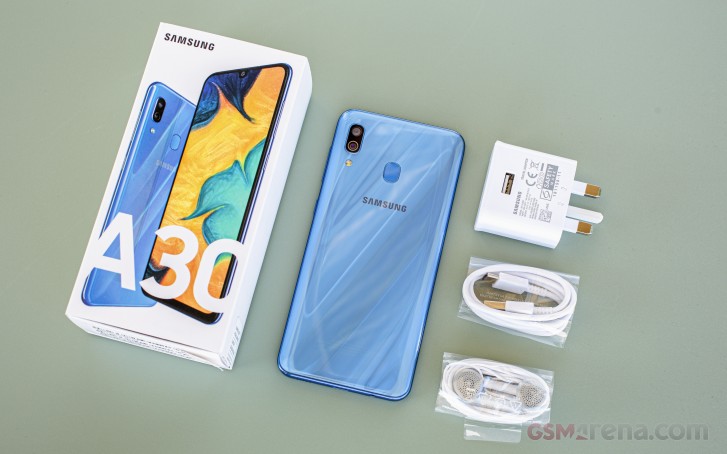 Finally, there is a factory-applied screen protector on the Galaxy A30. It's a very thin and rather easy to peel off, but it's still useful, and we appreciate it.

I have owned many Samsung. I'm an older responsible adult. Bought my A30. Worked well for almost a year. There I was texting and the screen went blank. I bought a Lemon.. I wonder if it has happened to many more customers? There i...