The Samsung Galaxy A31 that we've been hearing about since last November has passed through Geekbench, confirming some of its key specs and hinting at imminent launch.

The A31 runs Android 10 and has 4GB RAM onboard, but there are likely to be more memory options that are still unconfirmed. 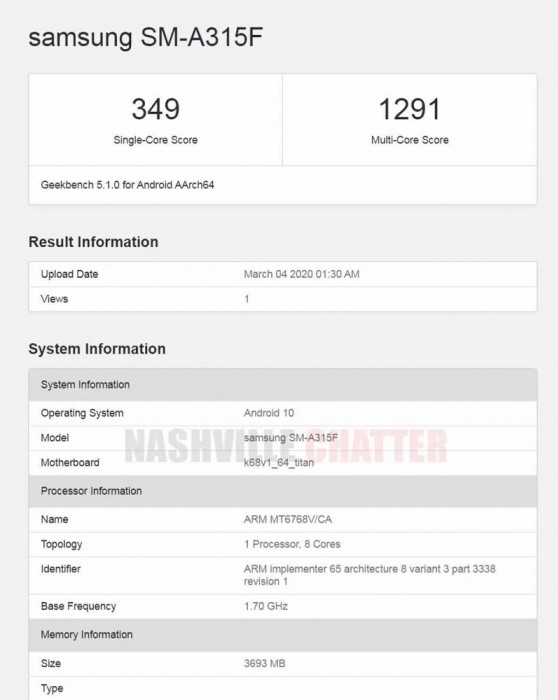 Geekbench doesn't reveal any other specs of the A31, but from previous leaks, we know it will have 64GB of base storage, 5,000 mAh battery and a 48MP main camera on the back joined by a 5MP macro unit.

More details about the Galaxy A31 are likely to surface in the coming weeks.

Display is Full HD but the processor is downgraded to P 65 which performs way below than Exynos 9611. There is no dedicated SD card and only a hybrid card slot. The choice is yours.

Please make sure that the display is full HD or forget releasing the phone.