At least four new Samsung midrangers are on the verge of making their official debut. A device with model number SM-A326B/DS, said to be called Galaxy A32 5G now even got its official support page. In the same time, three other devices were certified by BIS, the Bureau of Indian Standards - Samsung Galaxy A52, Samsung Galaxy F62, Samsung Galaxy A32 - all three of them LTE-only. The Galaxy A32 5G has popped up on Samsung UK and Samsung Ireland’s pages and while there are no specs, we do know that the /DS ending means the phone will take two SIM cards in those two markets. Previously the phone leaked on Geekbench telling about its Dimesity 720 chipset and Android 11. 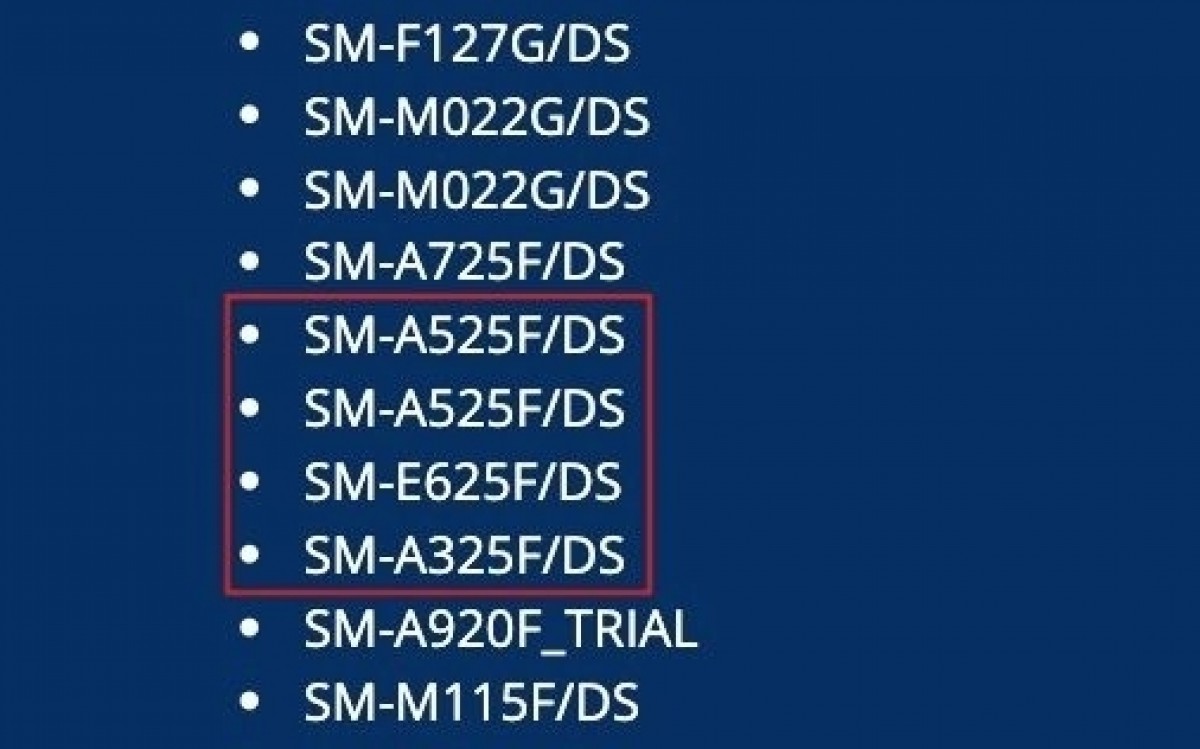 Speaking about the trio headed to India, their model numbers have been added to a list of approved devices, but that’s all we have. Rumors say the Galaxy A52 will be powered by a Snapdragon 720G; the Galaxy F62 will be part of the Make in India campaign with its production taking place in Greater Noida; about the Galaxy A32 4G we have heard virtually nothing.

So you want only chinese phones in the market...whats your problem if samsung launches phone in every range ,so that ppl can have option over chinese spywares...other companies like sony, lg, htc, asus are already vanished in global market and nokia ...

What about wireless charge

They only launch their A series every one year. And M and F series are limited to only few markets so no that's not true