Samsung was a prime culprit in the growth of smartphone screen sizes, but back in 2014 it tried something different with the Galaxy Alpha - it offered a high-end phone in a small scale body. We feel that the Galaxy A3 is the Alpha's spiritual successor and we're here to look at the third iteration.

The Samsung Galaxy A3 (2017) is the baby of the lineup in terms of screen size - just 4.7" big. It is a Super AMOLED unit, mind you, and one with an Always On Display, something the similarly-sized iPhone 7 screen does not offer. 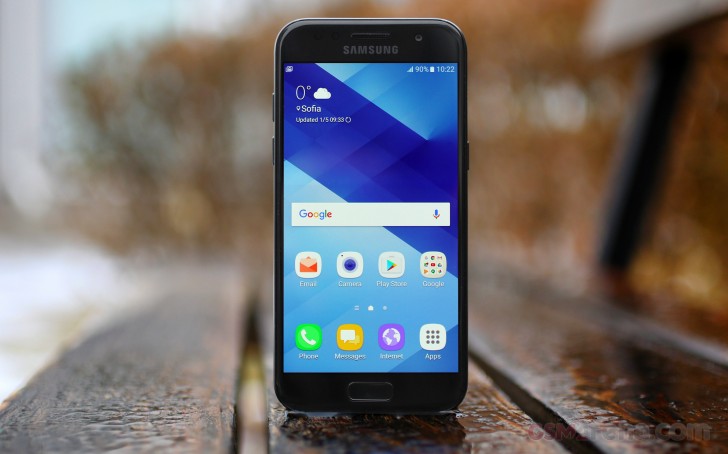 Another first for the A-series is the top-level waterproofing - the IP68 rating is as high as flagships get (and higher than the iPhone's). Samsung also brought its mobile payment solution, Samsung Pay, backed by a fingerprint reader.

The Galaxy Alpha was a premium device that was positioned to target the iPhone directly while the Galaxy A3 (2017) fights the Apple flagship from an affordable price point (less than half the cost of an iPhone 7!). At a glance, it seems the camera will be critical - the lack of OIS and 2160p video capture hurt A3's premium standing. Processing power is the other thing we need to have a closer look at.

Of course, this phone has enemies on the Android side but not that many. The Sony Xperia X Compact promises similar specs at similar price (with some trade-offs, of course). There's little else - Android makers left the sub-5" segment behind and rarely looked back.

We find the Samsung Galaxy A3 (2017) exciting precisely because it explores a sparsely populated niche. And if there's one marketing department - other than Apple's - that can convince people that compact phones are hot, it's Samsung's. So, future hit or the runt of the A-series litter?

Note that this review is based on a pre-production unit. We'll update the review findings as soon as we get our hands on a retail unit.

How to update A3 2017 ? Play store no functional in my phone pls guide

According to reviews, the A3 has enough battery life. BTW, the thing has its own chip for it so it won't suck like if you just use an app for it. Also, the A3 has superior build quality, a decent OLED display, and Samsung Pay as I am aware of.