Samsung Galaxy A3 (2017) gets Bluetooth certified

After being spotted on benchmarking site GFXBench as well as India's import/export tracking website Zauba, the Samsung Galaxy A3 (2017) has now been certified by the Bluetooth Special Interest Group (SIG).

As is usually the case, the Bluetooth listing doesn't reveal anything about the device's specifications. 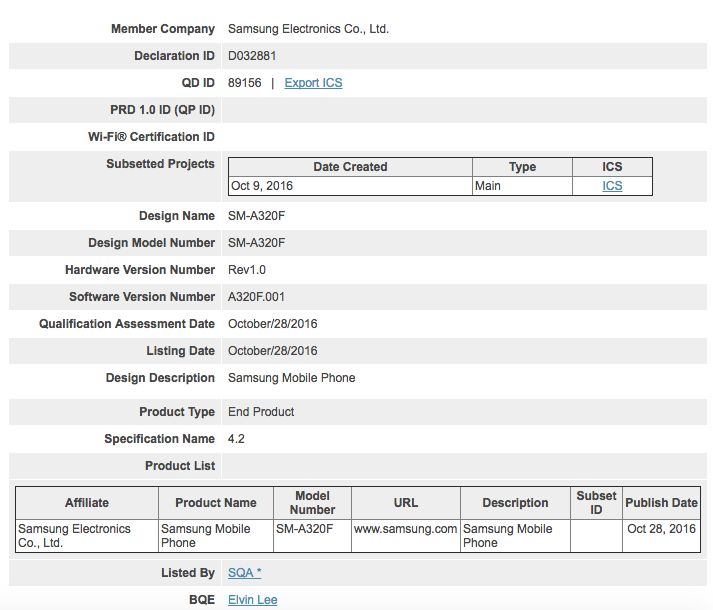 However, from what all has been revealed until now, the Galaxy A3 (2017) is powered by an octa-core 1.5GHz processor, and sports a 4.7-inch 720p display. RAM is 2GB, while internal memory is 8GB. The phone features a 12MP/8MP camera combo, and runs Android 6.0.1 Marshmallow.

Firstly 8gb if thats right the guy should be sacked who's bright idea that was. Secondly im looking forward to this phone if samsung can get it right as i like 4.7"screens. im hoping one day i will open gsm arena and read Galaxy alpha 2 in the works....