Samsung Galaxy A3 shows its face in TENAA photos

The Samsung Galaxy A series of smartphones is coming closer to launch and the latest evidence to prove this is the Galaxy A3 hitting the Chinese TENAA. Additionally, we get to see the first photos of the phone showing it in its full glory. 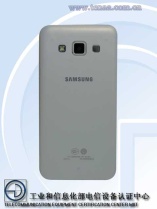 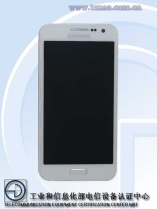 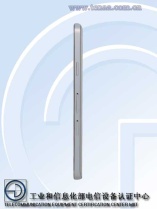 The metal frame of the phone is going to be the the main characterizing aesthetic of the Galaxy A-series with both the Galaxy A5 and Galaxy A7 sporting it.

In terms of specs, the Galaxy A3 is pretty much set in stone. It's going to sport a 4.52-inch AMOLED display with 540x960 pixel resolution and Qualcomm's 64-bit Snapdragon 410 chipset. It is featuring a 1.2 GHz quad-core CPU, aided by 1GB of RAM.

Internal memory is 8GB expandable via microSD cards. The phone's dimensions, previously reported at 130.1 x 65.5 x 6.9 mm, are confirmed by TENAA, too, as is the weight of the phone - 112 grams. It runs Android 4.4.4 KitKat, which will most likely be updated to Android L.

At the back, the 8MP camera coupled with LED flash will be capable of recording full HD video. The 5MP selfie unit at the front will be also welcome, we're sure. Samsung hasn't hinted a time frame for the Galaxy A series smartphones announcement yet, but with leaks so intense, we guess it's going to be sooner rather than later.

Phone's back looks like Grand Quattro s.Price should be around $250.No one gona pay more than this for just a metal exterior.

the design looks like old tab 7 with small size...