Samsung Galaxy A41 appears on Geekbench with Helio P65 SoC

The Samsung Galaxy A41 that we've been hearing about since last November has passed through Geekbench, revealing key specs in the process.

According to the benchmark database, the Galaxy A41, bearing model number SM-A415F, is powered by the Helio P65 SoC. It runs Android 10 and has 4GB RAM in tow, but there are likely to be memory options that are yet to be confirmed. 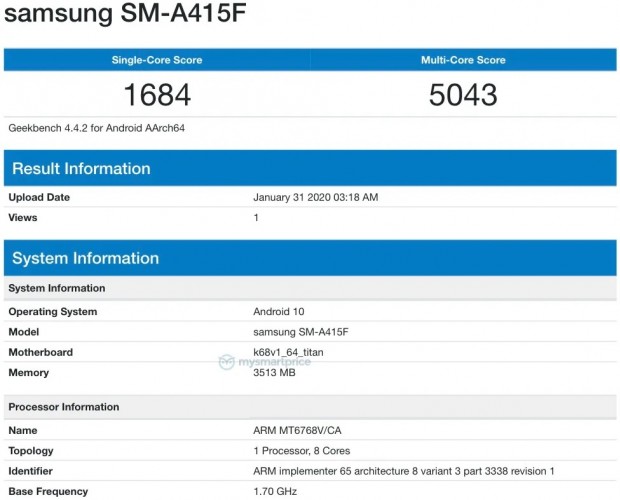 Geekbench doesn't reveal any other specs of the Galaxy A41, but if rumors are to be believed, the A41 will come with 64GB base storage, 48MP main camera, 25MP selfie camera and a 3,500 mAh battery with 15W fast charging support.

Possible,but Exynos 9611 is better than Helio P65 at the energy economy

I guess there will be, even more Samsung phones from A 2020 series with MediaTek inside, like last year A10s for example, and now this A41

I hope the size is small, like the existing a40