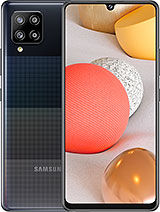 I love Snapdragon, 15 Dec 2020In my opinion, M series is "Power Bank" series to me. The M51, 7000Mah, crazy batter... moreSO the M lineup is the cheap phone big battery and the A lineup is the balanced phone.

Dude468, 14 Dec 2020what is the difference between the A and the M lineup?In my opinion, M series is "Power Bank" series to me. The M51, 7000Mah, crazy battery capacity but a unreasonable chipset according to the price. Nowadays u can see a better chipset in lower price but ofc, there's pros and cons. Now the A series. The A series is kinda a "overall" (everything balance), but starting from the A4(A40, A41, A42) series u will see some weird spec happening as they need to sell it cheap. A50 and A51 is currently the highest selling android phones in 2019 and 2020. But at the end of 2020 u will start to see some phones selling almost the same specs at a lower price from companies like Xiaomi. I know there a lot more better spec at the same price from other companies but trust me, Samsung knows what's best for their phones in terms of ageing. U can see a lot of phones that has 33W charging or 65W charging but faster charging can create more heat as this can turn into a damage to your battery. If your usage style is not an "abuse" usage the Samsung's phone can definitely last long, as long as 5 or more as the batteries inside Samsung's phones are certified to last atleast 5years before the liquids inside te battery starts leaking. Even in A0 series(A01, A02) they also use 5 yrs certified battery in those phones. Hope this gives u an idea of it, have a nice day.

what is the difference between the A and the M lineup?

A42 5G is still stuck at October 2020 security patch in Singapore. My cheaper realme 5i has just received November 2020.

I think the main reason for using 720p is to conserve battery..designed for heavy gaming and
internet use.

Love the 720p screen. It's easy on the eye and a must have for people with migraines.

MeZoP, 18 Sep 2020Whats wrong with the S10e it sold Pretty Decent I think.I agree. I'm more comfortable with compact phones and I really love the s10e and s20's compact sizes. I wish Samsung would make more compact phones because not everyone wants a 6.9 or 6.5 display.

They got a much more powerful processor than A41 but the resolution went down. I think 1080p display is more important for people at this price point. But its not fault actually. 5g processors are expensive thanks to Qualcomm. But Samsung had to give it 750g and keep the cost down. So they had to cut down on something. So they did. Samsung should make their own 5g mid-range chipset

fmeric, 08 Dec 2020This phone is for tricking ppl who don't know what is resolution.Thank you i didn't notice that!

fmeric, 08 Dec 2020This phone is for tricking ppl who don't know what is resolution.Yeah, but that procesaor and battery... i cry for them...

to the attention of gsm arena!!

This phone is for tricking ppl who don't know what is resolution.

Should of come with Android 11 which came this year in september, I doubt this phone will even get Android 12, 720p in 2020 for 300 dollars is horribile. Camera probably didnt improve much. Macro camera sees a large bump in mega pixels but a pro mode which they refuse to deliver could of do something much better. Ultra wide is the same stuff as 2 YEARS ago.
Battery is much higher than the original A40 but that doesnt matter, samsung phones get a lot of bloatware and ads, and 5G isnt really a feature right now. the display is also really big, I dont like the new designs at all, they could do something much better. There is an attempt at doing some gradient but I dont like it. Samsung is rotting, I suggest a pixel 3a or 4a which should be in the same price range. Go check out oneplus nord if you got more money.

Anonymous, 06 Dec 2020For this price point of 300 bucks, it is budget phone. 400 bucks would be your mid range, whil... moreNope it has changed, budget phones are now like

Sam, 29 Nov 2020Do we get earpiece? Here in Malaysia Samayng earpiece bluetooth included for 145 USD extra with extra battery.

Claus, 05 Dec 2020The screen resolution is provided that way because it can be no better. But having GPU streami... moreIt's just with the phone's screen size (6.6 in.) at 720p, it has the same PPI (200+) as most of those budget phones(Infinix, Tecno, etc.) this ain't a budget phone at the price but a mid-range, nearing the same price as Mi10T, Mi10T lite, Poco X3, Realme 7 5G, all of which btw has FHD+ screen, I wonder why Samsung would reduce their phone resolution?

This is a fantastic new phone. Best newest Android 10 and the hardware issues a much more practical device. We don't need so high resolution on the touchscreen but the GPU handles projectors of any kind. All comes as 64-bit CPU's these days and this is not only with pc's. I have just bought this 5G enabling phone as a boom to the market if international encrypting all uses same byte lenght. Any alphabet is possible.

Anonymous, 05 Dec 2020It's not always about the screen resolution, maybe they chose 720p for battery life and o... moreThe screen resolution is provided that way because it can be no better. But having GPU streaming to external screens happens anyway needed, even if the phone does ned to recalculate views on the touch screen.

Total of 295 user reviews and opinions for Samsung Galaxy A42 5G.
ADVERTISEMENTS