The Galaxy A50s has the same body as the A50. On the front is a large, edge-to-edge display with a U-shaped notch at the top. At the bottom is a reasonably sizable chin but nothing particularly distracting. The design hasn't aged dramatically since six months ago and still looks relatively fresh. 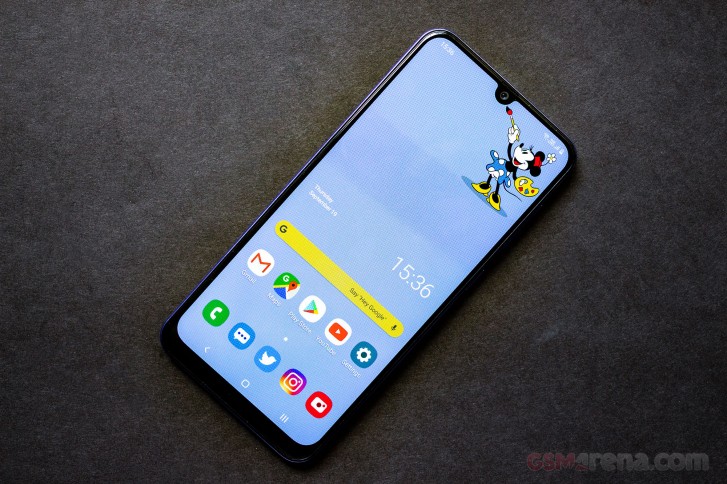 The back of the phone is where Samsung has chosen to make the changes. It still has the iridescent finish of the previous model but now features geometric patterns overlaid on top with different levels of reflectivity for every shape.

The overall effect is quite attractive, at least till you get the phone in your hand. After that, it takes about a minute to cover the entire surface with smudges and prints. It cleans up fairly easily, but after a while, you tend to give up.

As with the A50, the entire body of the A50s, apart from the display, is made out of plastic. This obviously doesn't feel as premium as the glass and metal bodies on some of the competitors. However, plastic is durable so if you are someone who drops their phone a lot then this might actually be a better option. 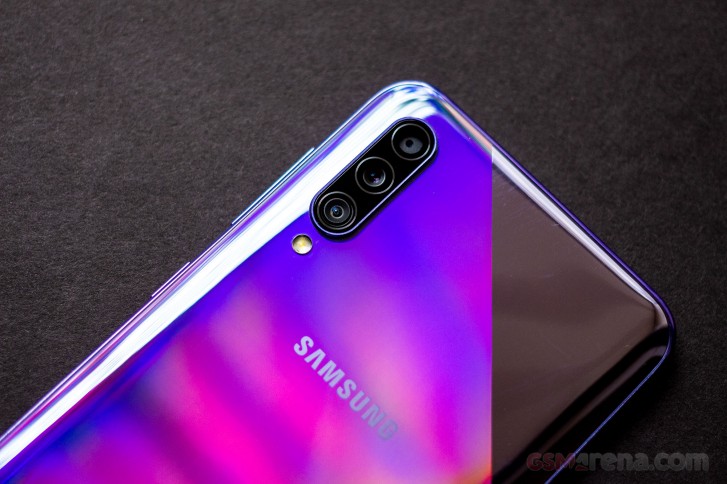 The plastic also helps keep the weight down. The phone weighs just under 170g, which is quite light compared to something like the Redmi K20, which weighs over 190g due to its glass and metal body. At 7.7mm, the Galaxy A50s is also quite thin.

As expected of a device in this price range, the Galaxy A50s has no dust or water resistance. If that's something you want, then you're looking at spending a bit more for something like the OnePlus 7.

The Galaxy A50s has the same display as the Galaxy A50. It's a 6.4-inch, 2340x1080 resolution Super AMOLED display with a U-shaped notch. The display has the typical RGBG sub-pixel layout in a diamond pattern, which means you're not getting the full sub-pixel resolution but at this pixel density that's hard to notice. 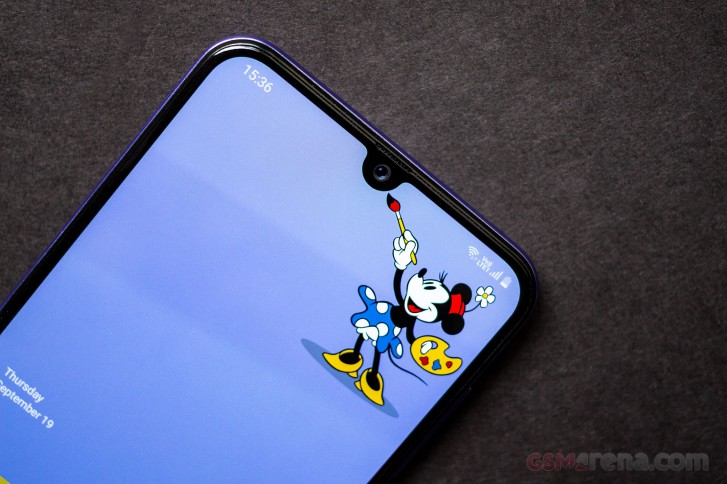 The panel quality is excellent and so is the color calibration. By default the phone ships with its most accurate Natural mode, which targets the sRGB color space. You could switch it to the Vivid profile if you want more unnecessary color saturation - and that mode also gives you custom color temperature control - we preferred to stick to the Natural mode and would advise others to do the same.

Color accuracy aside, the panel also does well on other fronts, with good outdoor visibility and viewing angles. There's no aggressive black crush issue nor any dirty screen effect. Unfortunately, while the OS supports color management and wide color support, the display does not so you won't be able to experience wide color support in compatible apps. There's also no HDR support, for what it's worth.

Despite that, the Galaxy A50s display offers a solid viewing experience and is one of the best in class.