The Samsung Galaxy A5 (2016) camera department is built much like that of the excellent Galaxy S6.

It starts off with a downgrade - the sensor has 13MP resolution (and it's 4:3 instead of 16:9). Other than that, the camera boasts the same bright f/1.9 aperture and optical image stabilization. And like on the S6 you can just double tap the Home key to quickly launch the camera. The A5 offers Pro mode, but it's nothing like the one on the S6. It only gives you White balance, ISO and Exposure compensation. Essentially, the settings most phones have, but in a more accessible arrangement.

HDR is split off into a separate mode instead of a toggle on the viewfinder like on the S6 (this means no HDR Auto mode).

A rare Anti-fog option corrects the reduced contrast you get in misty weather.

The 28mm field-of-view of the Samsung Galaxy A5 (2016) camera isn't as wide as the Galaxy S6 camera, but it does give some extra vertical room.

The dynamic range is surprisingly good but processing differs from the S6 and detail in the shadows and in the highlights is harder to see. There's a bit more noise, but photos are rich in detail. At 100% magnification, you can see more detail in S6 photos than in the Galaxy A5 photos.

Shot-to-shot time is okay, but when taking multiple photos in quick succession the A5 feels a bit sluggish.

We tried the HDR mode in this particularly tricky scene where the angle of the sun completely blew out the sky. HDR helped a bit but not enough to produce a usable shot.

A 5MP camera with f/1.9 aperture rivals the S6 for selfies. The Galaxy A5 (2016) selfies have some noise, which reduced the resolved detail, but the quality is better (marginally) than what the S6 produced. Part of that is that the focus point is more appropriate for selfies - photos from the S6 camera were slightly soft at an arm-length distance for some unknown reason.

A wide selfie mode is available when your friends are with you. It's essentially a panorama for selfies.

There's a Panorama mode too, though it proved disappointing. The images came out with a vertical resolution of around 1,200px, while the Galaxy S6 goes up to 3,000px. The stitching looks good, but the Galaxy A5 (2016) panorama shots just don't have enough resolution. 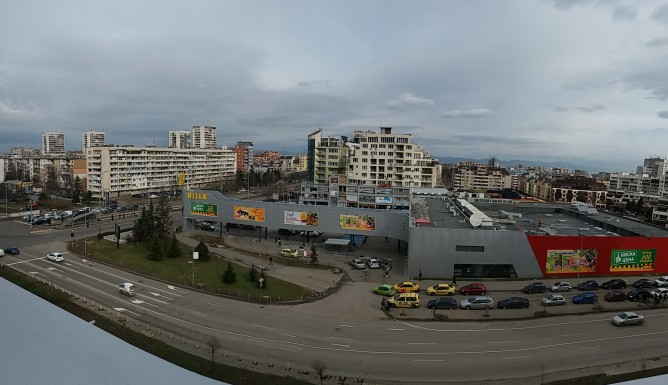 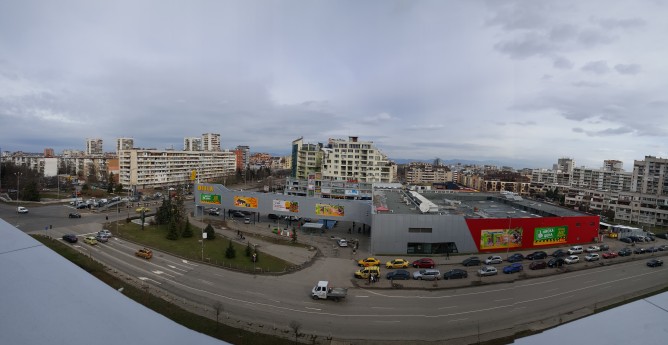 While both phones have bright f/1.9 apertures, the bigger sensor handles the dark noticeably better. It's not a matter of resolution, really, and even the noise levels are quite similar. Still, by the time the noise reduction has done its job, the Galaxy A5 (2016) have lost much of their detail and sharpness, especially compared to the Galaxy S6.

This A5 vs. S6 fight continues over at our Photo quality comparison tool. You can also compare their low-light performance there.

Anyway, white balance of the A5 tends towards a warm yellow. Dynamic range is essentially equal.

Here's the Galaxy A5 (2016) compared against the Galaxy S6 in our Video quality comparison tool.