The Samsung Galaxy Alpha was Samsung's attempt go shake off its phablet obsession and create a compact flagship. The Galaxy A series, which it helped spin off, occupied a lower segment than the flagship-grade Galaxy Alpha.

With the 2016 edition, the Galaxy A returns to the finer things in life. The Samsung Galaxy A5 (2016) in particular actually looks and feels like a slightly better Galaxy S6 thanks to its fine metal frame and sculpted glass faces.

Quality is not the only reason we compare these two - with the S7 around the corner, the S6 will likely be phased out and the A5 may be the first step in replacing it with an alternative in another segment.

It already has a fingerprint reader and Samsung Pay, to support Samsung's foray into mobile payments. The camera with f/1.9 aperture and OIS make it even more clear this is a premium product. 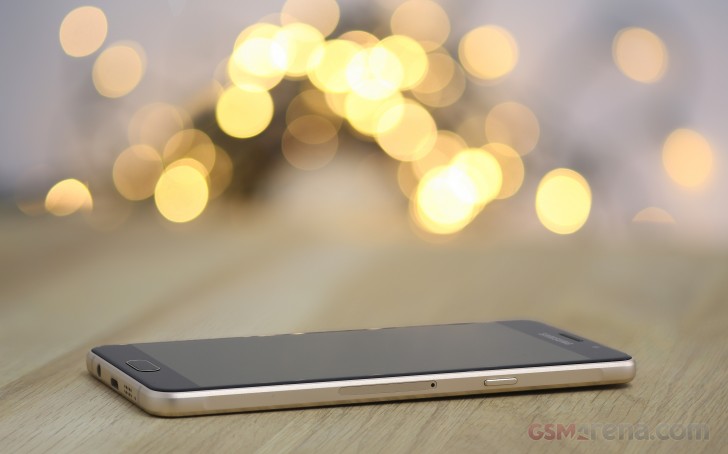 There's just one issue with that. Currently, both phones cost almost the same. And while the Galaxy A5 (2016) has its virtues, the Galaxy S6 is just the better phone. Its single biggest sin is the lack of a microSD card. But you get a better screen, a much faster chipset (for gaming), a more capable camera too, plus smaller goodies like fast wireless charging and health sensors.

Really, we think the choice of chipset is what brings the Galaxy A5 (2016) down. We can live with the drop back to 1080p screen resolution, but even that is too much for the GPU. And the chipset is what bars the camera from 4K and 1080p @ 60fps video.

The One A9 even has a fingerprint reader, though you'll have to rely on Google's mobile payment system as HTC doesn't have its own. The A5 is quite pricey, making its limitations hard to swallow.

The OnePlus X is a more affordable 5" AMOLED option. It's a combination of metal and glass like the A5. OnePlus made an odd decision to go with an old chipset - Snapdragon 801, which dates back to 2013. But it has paid off if you look at the gaming benchmarks.

The camera on the X is a 13MP shooter with phase detection AF, but it lacks OIS and its aperture is a tight f/2.2.

The Xiaomi Mi 4c isn't as fancy - it has a plastic back and an LCD screen - but it's cheaper too (no microSD slot means you have to splurge for the 32GB version though). And the 13MP f/2.0 camera with phase detection AF doesn't have OIS, that's a rare feature.

We think the price of the Samsung Galaxy A5 (2016) has to come down (and it will) before we can talk about buying the phone. It's a fine phone, but only a bigger price difference with the Galaxy S6 can make it a worthwhile choice.