Samsung Galaxy A5 (2017) starts getting May security update

A new update has started hitting the Samsung Galaxy A5 (2017). Weighing in at around 155MB and arriving as version A520FXXU1AQE2, it's a security update that brings along Android fixes for the ongoing month (May). 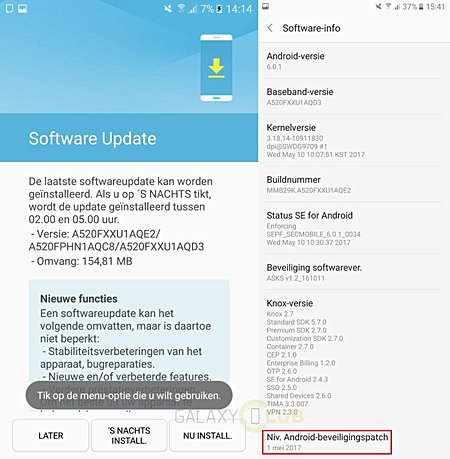 No information on exactly what other changes (if any) the update includes. It is currently hitting unblocked units in Europe, but other regions should also get it sooner than later. In case you missed, the Galaxy S7 has also started receiving the May patch.

Installed 2 hours ago. Phone has stopped. Samsung want it back to service it. Any suggestions?

That's why I hate Samsung, an update for this phone but my s7 has like 6 or 9 months witouth any updates