Shortly after doing it for the Galaxy A7 (2017), Samsung has now started pushing out the Nougat update to the Galaxy A5 (2017). Weighing in at around 1.3GB, the update is currently hitting units in Russia. 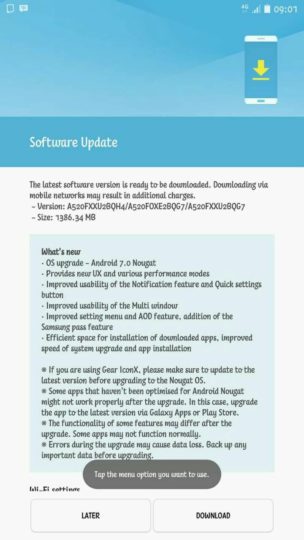 As for changes included, the list is similar to the one for Galaxy A7 (2017), meaning things like refreshed UI, quick setting buttons, and multi window experience are all there. However, the Dual Messenger feature isn't explicitly listed, so it's hard to say at this point if that's included or not.

I've received it finally after months of wait in Pakistan!!

Hey. Just check out you Software Update for A5 2017. Android Nougat is available right now in Philippines. Good luck!