As this year nears its end, we're getting ever closer to the launch of Samsung's Galaxy A (2018) series, comprised of follow-ups to the Galaxy A (2017) devices of course. Today the upcoming Galaxy A5 (2018) has been leaked once again. This time around we get to see it inside a case, in four different color versions.

As rumored extensively before, the A (2018) family will sport Infinity Displays, and the A5 is no exception. Samsung is intent on bringing one of the main differentiators of its high-end S and Note lines to the mid-range with the new A series. Like 2017's flagship Samsungs, the new Galaxy A5 will have its fingerprint sensor on the rear. 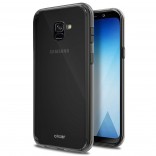 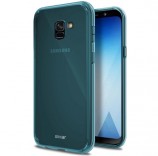 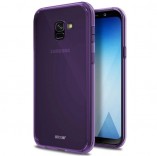 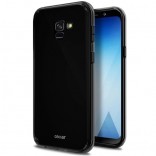 However, unlike the S8, S8+, and Note8, this time around it won't be in an off-center position horizontally. Instead, it's been placed right underneath the single rear camera, as you can see. That should make it easier to reach and harder to miss, though it's still pretty close to the lens - and not very big, which means some occasional smudging of the camera is bound to occur.

The A5 (2018) appears to have the infamous Bixby key on the left side, under the volume buttons, which means the virtual assistant is ready to make its debut in the mid-range too. The Galaxy A5 (2018) will probably become official in January, along with (at least) the A7 (2018). It should sport the Exynos 7885 SoC or the Snapdragon 660 (depending on market). Expect 4 or 6GB of RAM to be baked in too, but unfortunately the phone could be launching with Android 7.1.1 Nougat on board, and not Oreo.

I hate the rounded corners and like real corners.

They should put FPR function right on the camera lens...why bother put it 1 mm near?

I like the rounded corners and hate the very sharp ones.