The Samsung Galaxy A5 is one of the three upcoming smartphones from the company to feature a metal-clad frame and its price has been prematurely revealed by Kazakhstan carrier "Technodom". According to a leaked listing, the Galaxy A5 Duos LTE, as it's dual-SIM version is going to be called, costs about $552 or €435 (KZT 99,990). 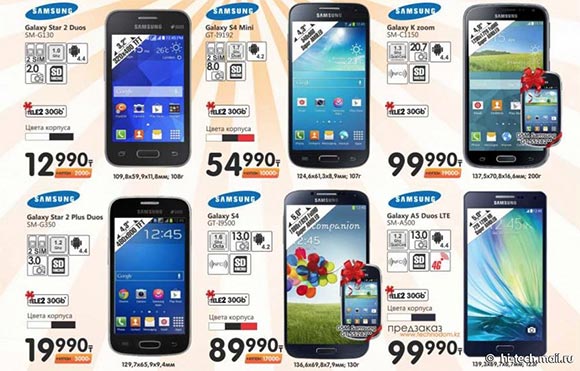 This sounds a bit pricey for a smartphone with a 5" Super AMOLED display of 720p resolution and a Qualcomm Snapdragon 400 chipset with a quad-core 1.2GHz Cortex-A7 CPU and 1GB of RAM. There's a microSD card slot on board as well as NFC and the phone will run Android 4.4.4 KitKat out of the box.

Still, the metal frame brings the phone up a notch in terms of look and feel. As for dimensions, the Galaxy A5 measures 139.9 x 69.7 x 6.7mm and weighs 123 grams. At the back, there's a 13MP snapper with LED flash while a 5MP camera sits at the front.

We've seen the Galaxy A5 and Galaxy A3 on video and in a ton of live photos, which show the phone from every angle.

There's no information when Samsung is going to officially announce the Galaxy A5, Galaxy A3 and Galaxy A7 smartphones. With all the leaks we have on track until now, we guess it's not going to be long until the phones become official.

thats right, if samsung keeps high price for there A series, then it will very difficult for them to servive in the market, they knows what has happened to there high priced alpha.