Samsung Galaxy A5 with Snapdragon 660 appears on Geekbench [Updated]

Update: Meanwhile, the 2016 edition of the phone has started getting the August security patch. The update arrives as firmware version A510FXXU4CQH2, and weighs in at around 215MB. It also includes some other minor changes. 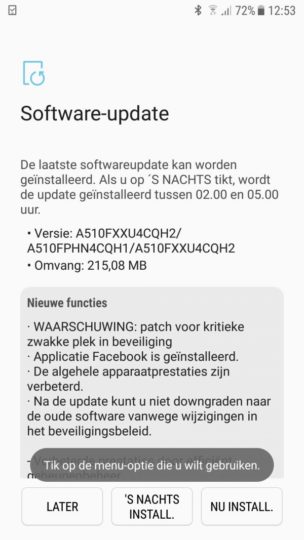 Geekbench is a gold mine for leaks. The latest dig is a Samsung phone with a model number SM-A5300 that appeared on the benchmark website. The phone has Snapdragon 660 chipset and 6 GB RAM. 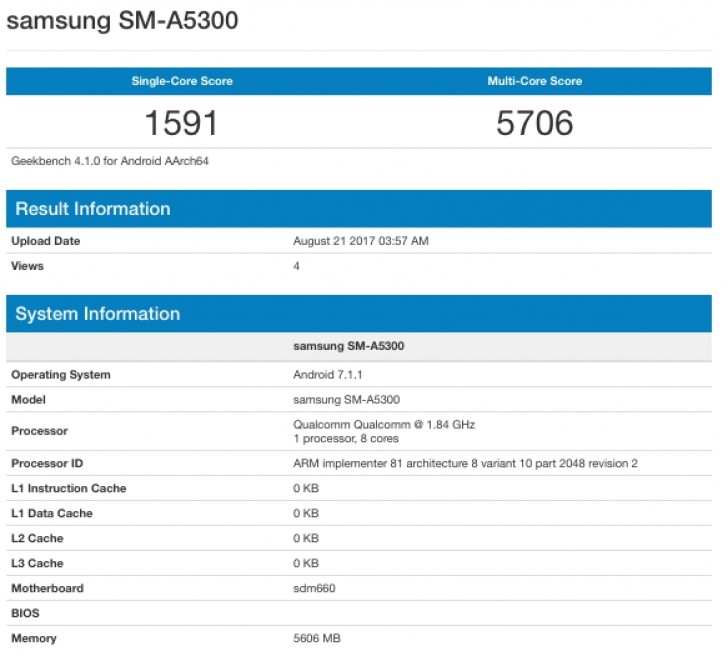 The listing reveals a single core score of 1591 and the multi-core result is 5706. The phone should arrive with Android 7.1.1, which would come as an update from the Galaxy A5 (2017) that shipped with Android 6.0.1 Marshmallow.

I record 4K on my A5 2017 with Exynos 7880 with no problems with 3rd party app whatsoever :) Samsung is just underfeaturing midrange devices even tho they are capable of a lot of things. And check Samsung's website about processors, Exynos 7880 it sa...

I think qualcomm much more better than exynos