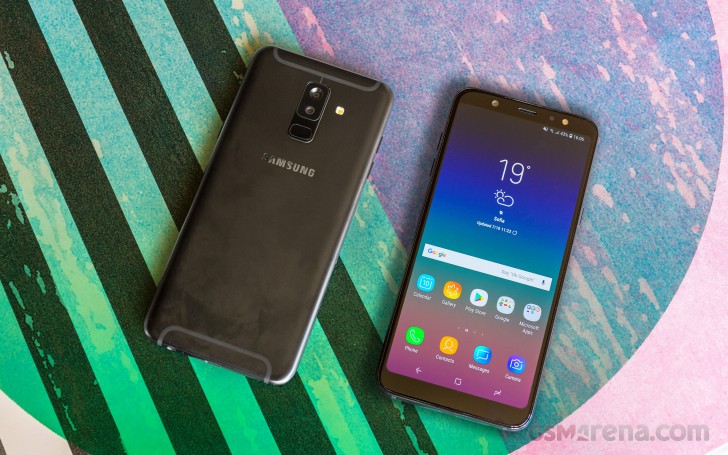 It could very well be the same panel found on the A8+ (2018) - size and resolution check out, and the rounded corners point in that direction too. The A6 (2016)'s display corners are sharp and, superficial as it may be, rounded corners do have a more contemporary and premium look. 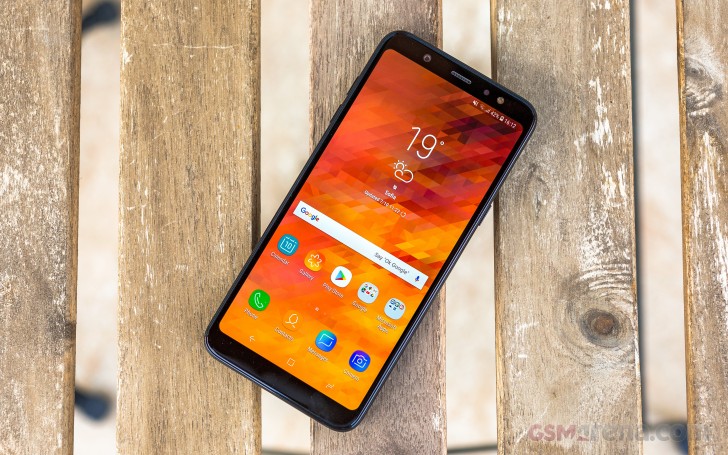 There's one thing missing in the Galaxy A6+ (2018)'s forehead that you'd find on the A8+ (2018) and that's a secondary front camera. But, seriously - how important is that? There is just the one selfie cam and it's a 24MP unit - effectively as many pixels as on the A8's two modules combined. Of course, that's not how it works, but still... 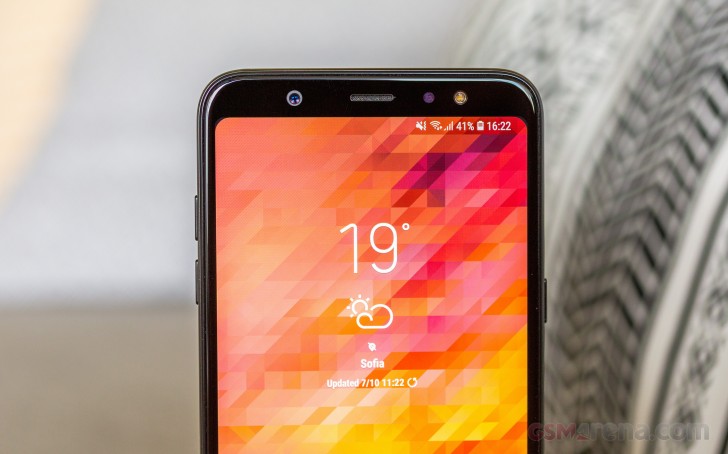 Unlike the eights, the sixes feature a front-facing flash instead of the extra camera - trade-offs everywhere. The earpiece isn't going anywhere and there's also the usual assembly of proximity and ambient light sensors. There's nothing below the screen - that is, nothing immediately usable on the surface. 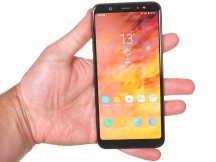 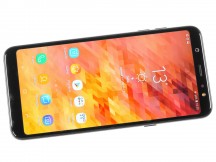 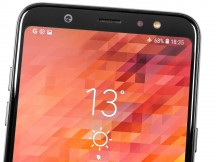 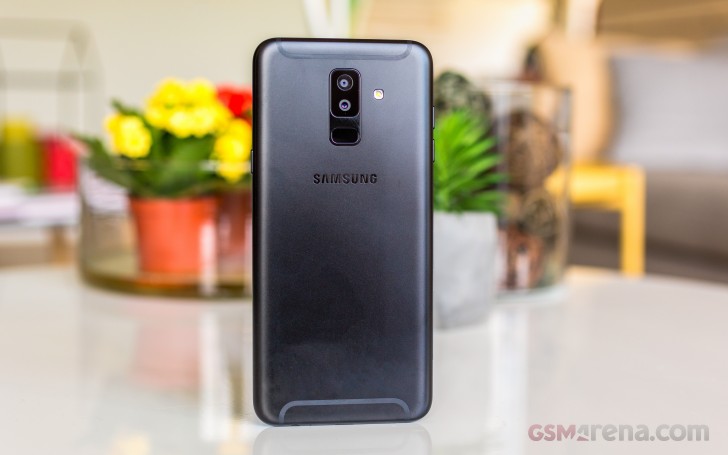 Samsung adopted rear fingeprint sensors when the tall screen craze picked up speed, even if it did get off to a rocky start with the off-axis position on them S8s. The reader on the Galaxy A6+ (2018) is very much along the central axis in a common (from a design perspective) assembly with the two cameras. Why, oh, why, the primary cam is the bottom one, next to the sensor, where you can get the lens all smudged up, is beyond us. 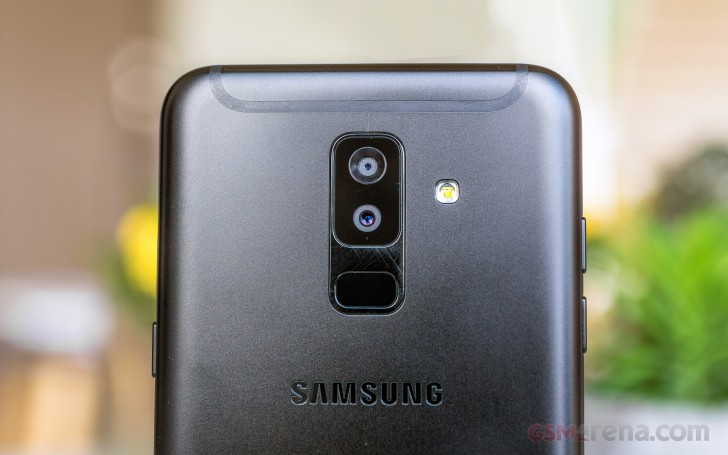 Moving on, let's call Samsung out once again for not fitting a USB-C port on the A6+ (2018) - it's one of the more pointless manifestations of market segmentation and we can't imagine the licensing fees are exorbitant. On a positive note, there's a headphone jack. The pinhole next to it is the microphone. 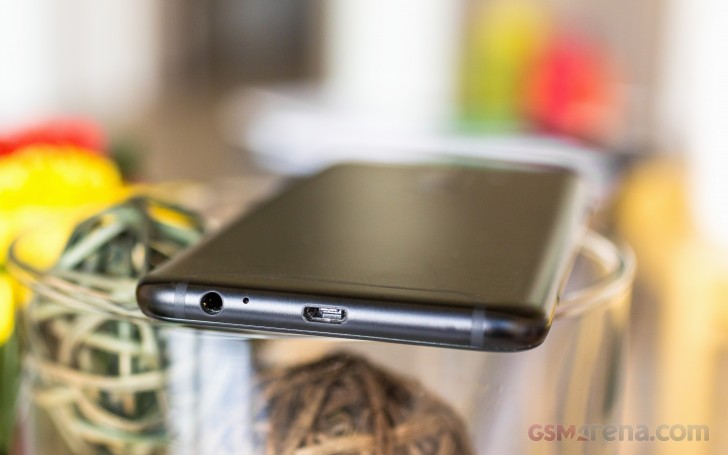 Samsung came up with a seemingly odd, but ultimately reasonable right-side placement of the loudspeaker for its midrange models and the A6+ (2018) is precisely one of them. It ensures you'd be getting a more even output when using the phone in landscape. It's no stereo speakers, but it's something The power button is below it.

The two discrete volume buttons are high on the left side, while the lower half houses a couple of card slots. The two trays take a total of three cards - two nano SIMs and a microSD. Dedicated memory slots FTW! 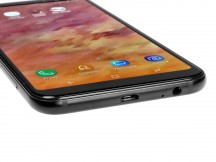 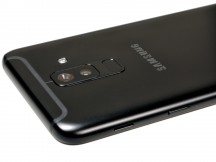 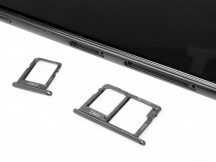 microUSB spoils it for us • Loudspeaker on the right, next to the power button • All the card trays