Update: The Galaxy A7 (2017) Oreo update is now available in more markets, including Russia as well as Trinidad and Tobago.

Yet another Samsung smartphone has started getting the Oreo update. The device in question is the Galaxy A7 (2017), and the update - which weighs in at around 1.3GB - is currently hitting units in Vietnam. 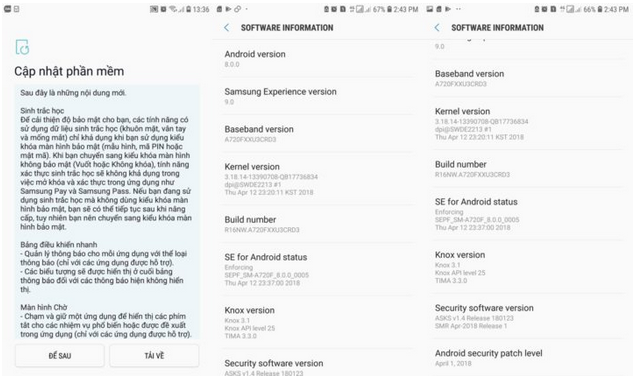 As clear from the screenshots above, the update also includes Android security patch for the month of April.

While this is certainly good news for Galaxy A7 (2017) users in the Asian country, there's currently no information on when units in other regions will get the update. However, as the roll out has officially begun in one market, it shouldn't be very long before all units are updated.

Mine has been updated to Oreo Today in UAE

My samsung galaxy a7 2017 get Android O today. India device