The Samsung Galaxy A7 has been sighted in a FCC filing with the model number SM-A700H and no LTE on board.

This is the second time we catch a glimpse of the upcoming metal-clad smartphone by Samsung going through the FCC. The last time the filing insisted on a 5.2" screen while the strongest rumors are pointing to a 5.5" panel. 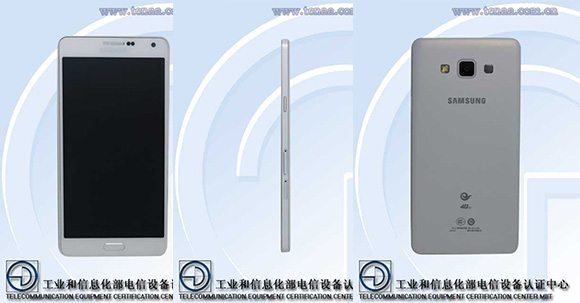 Last week saw the Galaxy A7 (SM-A7009) pass through the TENAA - the Chinese communications authority - with LTE support for the countries bands.

The Samsung Galaxy A7 is expected to land in stores around the world (the US seems a lock) with a 5.5" Super AMOLED 1080p screen, 64-bit Qualcomm Snapdragon 615 chipse and a 12MP camera on the back.