A 16MP camera with f/1.9 aperture makes it sound like the Galaxy A8 uses the same camera as the Note5, though that's not the case. For one, there's no OIS, and also the sensor is different - it's got 4:3 native aspect ratio instead of 16:9. Still, the specs sound quite impressive. 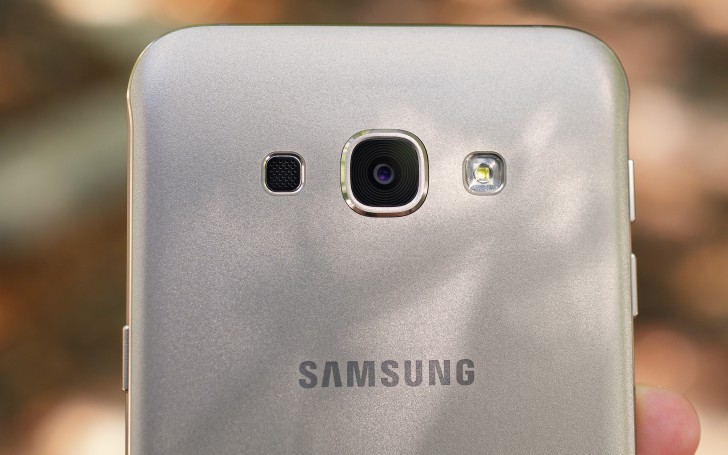 You even get Pro mode though that's not as flexible as the one that flagship S and Note series have. You can only adjust ISO, exposure compensation and white balance. There are more modes available, but you'll have to download them - there's Rear-cam selfie, Animated GIF, Sound & shot, Shot & more and a couple of others.

What you get out of the box (these are the most useful ones anyway) is HDR (Rich tone), Panorama, Continuous shooting and Night mode. There are some live color effects too.

Even outside of Pro mode it's easy to adjust exposure compensation - when you tap on the screen to focus on a specific area, you also get a slider for the exposure.

One thing the Galaxy A8 borrowed from its flagship friends is the quick launch feature. A double press on the Home key starts the camera in under a second and you're ready to shoot (even if the phone was locked).

Even though it's clearly not the same sensor as the Note5, the Galaxy A8 camera turns in very good results. Photos are sharp and rich in detail, noise reduction finds a good balance. Colors are on the cooler side but fairly accurate otherwise. The dynamic range doesn't always cut it and the camera loses some detail in the highlights and in the shadows.

When the dynamic range hits its limit, the HDR mode can help a lot. It brings out a lot more detail in the sky and gently boosts the shadows too. It works slower than on an S6 or Note5, but it works well. Except for the resolution - HDR mode downscales images to 8MP, so you only get half of the maximum resolution.

We tried the panorama mode, but it's far from what the flagship series achieve. The maximum vertical resolution is around 1,300px or so (depending on how steady your hands are), far from the dozens of megapixels you would get from a Note. On the positive side, stitching is very accurate. 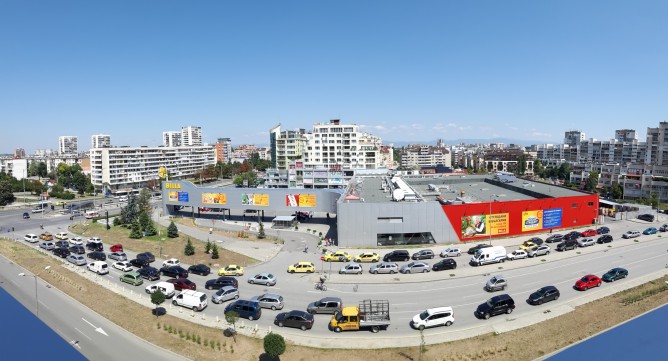 The selfie camera is very impressive in its own right. It has a wide f/1.9 aperture for selfies in the dark and features Samsung's Wide selfie mode (think panorama for selfies). This mode pushes the field of view to 120° (110° in portrait mode). You can also download a camera mode that lets you snap selfies with the rear camera.

Here's the Samsung Galaxy A8 in our photo quality compare tool, where you can check out how its 16MP camera stacks up against that of the Galaxy Note 4.

Video recording is perhaps the biggest difference between the Samsung Galaxy A8 and the Note5. The A8 goes up to only 1080p @ 30fps, a standard but unimpressive resolution. Perhaps many among you haven't transitioned to a 4K TV yet, but it's still nice to have some future-proofing. There isn't even a 60fps or a 120fps mode and those can actually be used today.

FullHD videos are recorded at the usual 17Mbps and the sound is captured at a generous 256Kbps (stereo, 48kHz). The A8 has some good on-board mics too, so the recorded audio is high quality.

Check out the Galaxy A8's 1080p video compared to that of the iPhone 6 Plus and the Galaxy Note 4.