Samsung has scheduled an event tomorrow where it's expected to announce the second wave of Galaxy A smartphones which will likely include the Galaxy A80 (or Galaxy A90 as it was formerly known). Just a day ahead of its expected unveiling, the Galaxy A80 has passed through a popular benchmark and appeared in its database along with its key specs.

The Samsung Galaxy A80 has appeared on Geekbench bearing model number Galaxy SM-A805F. It is powered by SM 6150 which is believed to be a successor to the Snapdragon 675 SoC. The chipset is coupled with 8GB RAM, and the smartphone scored 2,488 and 6,732 points in Geekbench's single and multi-core tests, respectively. 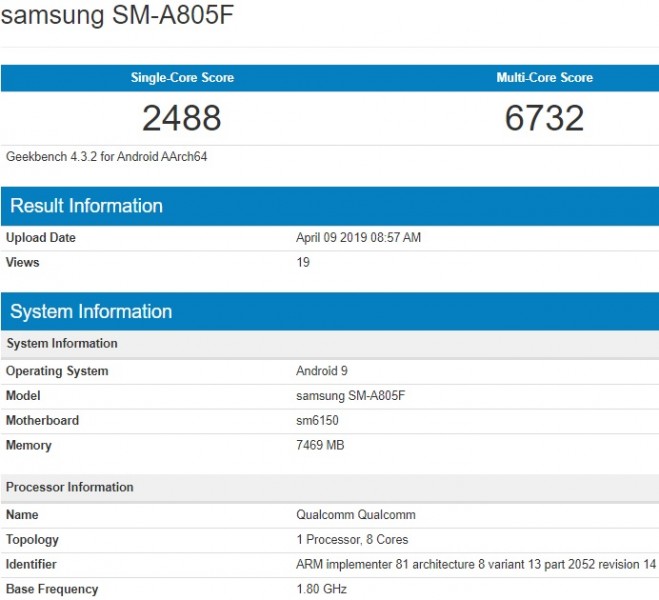 The Galaxy A80 is rumored to feature a 6.7-inch Full-HD+ OLED display devoid of any notch. It will come with a slider housing triple rotating cameras which can also be used for selfies and video calls. 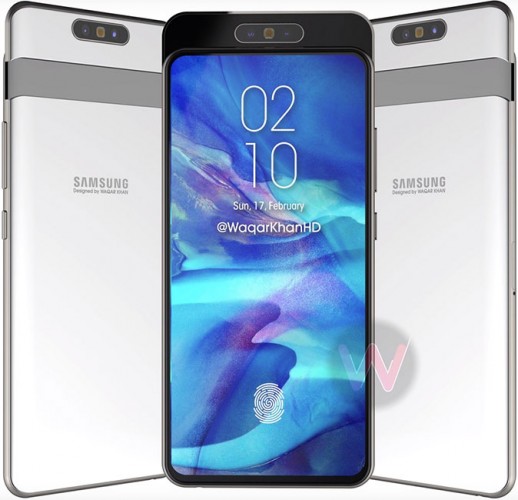 The smartphone is said to come packed with a 3,700 mAh battery with 25W fast charging support. We will hopefully have all the confusion surrounding the A80 and A90 cleared at Samsung's event tomorrow.

And the scores are on par with sd675