Samsung Galaxy A8 now certified by the FCC

The Samsung Galaxy A8, the top model in the A-series lineup, has ticked off another check box on its road to official release. After it stopped by Chinese regulator TENAA, we now have word that it's been certified by its US counterpart.

Unlike the Chinese filing, where we received confirmation on its specs, the FCC entry reveals little about the smartphone. It does state the handset's SAR values alongside some 260 pages of technical data, which we didn't read in detail, but you're free to sift through on the FCC website. 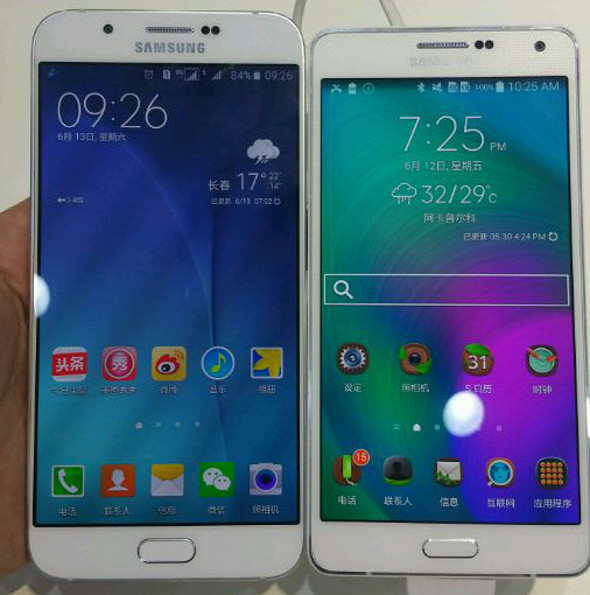 What we already know is that the Galaxy A8 sports a 5.7-inch FullHD AMOLED display and comes with a fingerprint sensor in its Home button. The Snapdragon 615 powers the smartphone and 2GB of RAM and 16GB of storage are on board.

Samsung's thinnest smartphone to date looks like a Galaxy S6 on steroids, measures 158 × 76.77 × 5.94 mm and weighs 142g. It still supposedly packs a 3,050mAh battery, though we're yet to receive confirmation on that last number. Imaging department is covered by a 16MP primary camera and a 5MP front shooter.

With both certifications in its pocket, the Samsung Galaxy A8 is obviously very close to its official release, but the exact date remains unknown.

I can't led indicator a8

Can i know how to set my Samsung Galaxy A8 to have led notification?