Last week a report claimed the phone that has been leaked so far as Galaxy A90 would actually end up being part of an all-new Galaxy R series of devices. And now it turns out that this stemmed from a misunderstanding, basically some sources confused marketing names with internal codenames.

So the Galaxy A90 is real after all. It's in development, and coming (hopefully) soon. Alongside that clarification, we have thankfully also received more information about the A90. 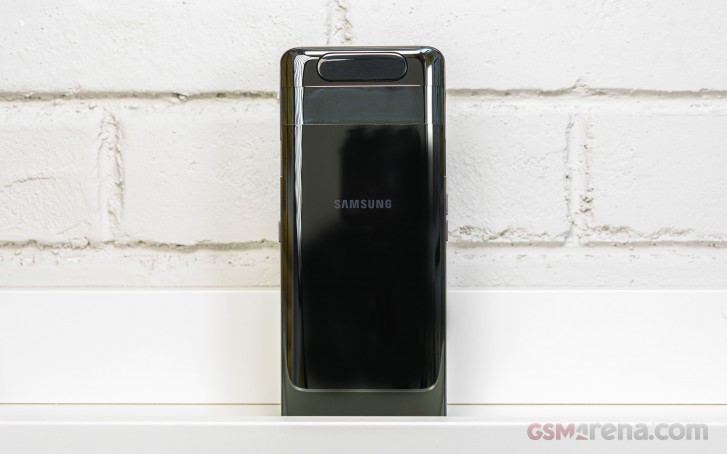 There will be two models. The SM-A905 will be the 4G version, with a 6.7-inch screen, an in-display fingerprint sensor, and a triple rear camera setup with 48 MP + 12 MP + 5 MP resolution and a mysterious exclusive feature called "Tilt OIS".

On the other hand, the SM-A908 will have 5G support, the same screen (with the in-display fingerprint scanner), but a slightly different 48 MP + 8 MP + 5 MP rear camera setup.

Perhaps the most important thing is that both of these will be powered by the Qualcomm Snapdragon 855, marking the first time ever when a Samsung A-series handset rocks the top of the line SoC of the day. That could make for an interesting competitor to affordable flagships from other companies.

I am dead I saw what you are trying to do here yes Asus is jus growing on everybody. Boy you can't even get the rog phone 2 .and let us bet a90 it is going be overpriced like it failed the a80 and who vex the zenfone 6 just stamped the a80 failure t...

If this handset ends up to be a Not10, with higher specs in camera and charging wise, then....is Samsung going nuts!?

Are you really that real? Zenfone 6 is not China brand.