Samsung Galaxy A90 might be part of a new Galaxy R series, have 45W fast charging

The story of Samsung's Galaxy A90 is weird. For a couple of months earlier this year it looked like the phone that ended up being launched as the Galaxy A80 would be released under the A90 moniker. After the A80 became official, new rumors started talking about an A90 again, except this time it's obviously a different device.

That brings us to this point, when we're hearing from one of the most prolific leaksters out there that the Galaxy A90 may not end up being called that after all - instead, for the second time Samsung will forgo that name (this makes us wonder if it's cursed or something). Apparently the company is preparing to launch an all-new Galaxy R series of handsets, and the phone with the model number SM-A90x, which so far we've referred to as the A90, will be the first R-series device to hit the streets. 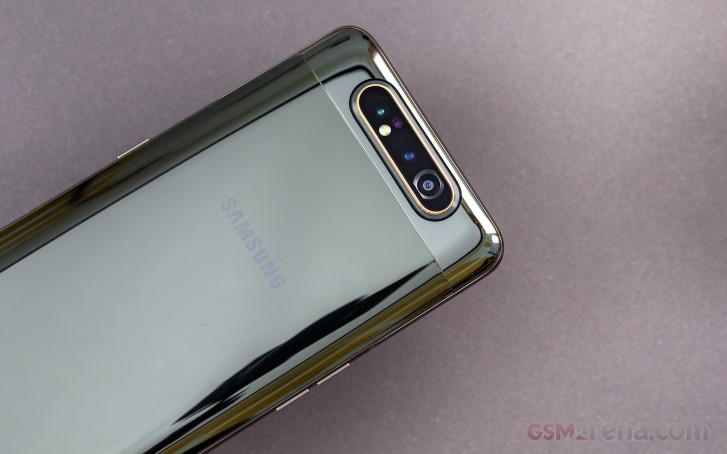 It will then be joined by another model. Both of these will have triple rear cameras, as well as huge displays. At least one will have 5G support, while the other will boast "a very unique camera feature". Unfortunately we have no more details about that at this time, so it's anyone's guess what it could be.

A separate report claims the A90 will have 45W fast charging, almost double the wattage of the Korean company's current fastest standard (that is 25W). Funnily enough that's 3x the amount of watts that Samsung uses for its Galaxy S10 family (except the 5G model) and all its past flagships from the last few years, so that's going to be quite a leap if it materializes. The Note10 Pro should also get 45W, so at least one Samsung high-end phone gets to have this tech in 2019.

Question is ? would it have the headphone jack ?

Is it save 45w charging? Note 7 only 10w but bring a lot of trouble