A notable source on info about a smartphone's development progress, the FCC database now lists the Samsung Galaxy A9. The US communications authority has thoroughly examined the device and has given it the green light.

There's little detail revealed in such filings, at least in terms of specs, but we've already covered most of those. The Galaxy A9 already starred in a number of leaks, including our exclusive story on its dimensions. 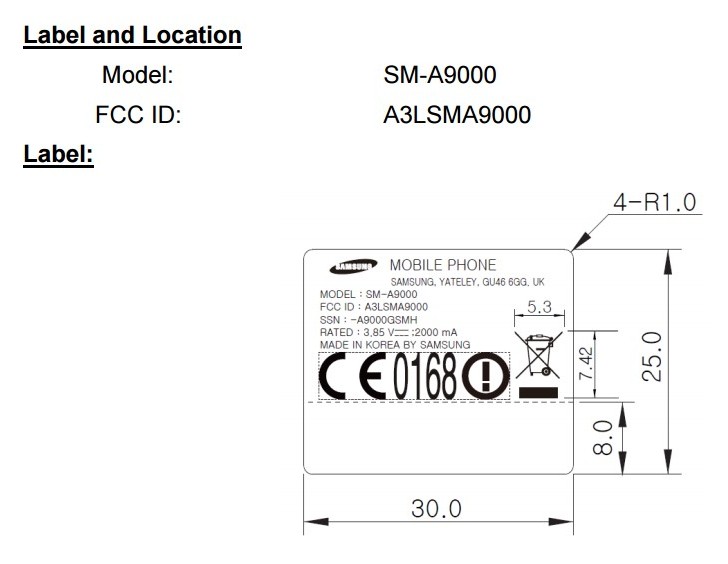 What we can take out of this FCC certification is that the launch of the Galaxy A9 is just around the corner. Just to remind you, the Galaxy A7 (2016) stopped by the FCC on November 27 and got officially announced on December 2 (in the opposite part of the world, but still).

I Hope Samsung will not launch this Mobile Similar to Galaxy S6 Price Tag. Thanks

Great phone, just wish it wasn't 6 huge inches and more in line with past A series pricing.

The smartphone that peoples must go for it