The Galaxy A9 Pro (2016) has been among the most interesting Samsung smartphones in 2016. Initially launched last March the handset remained an Asian exclusive until the end of the year. 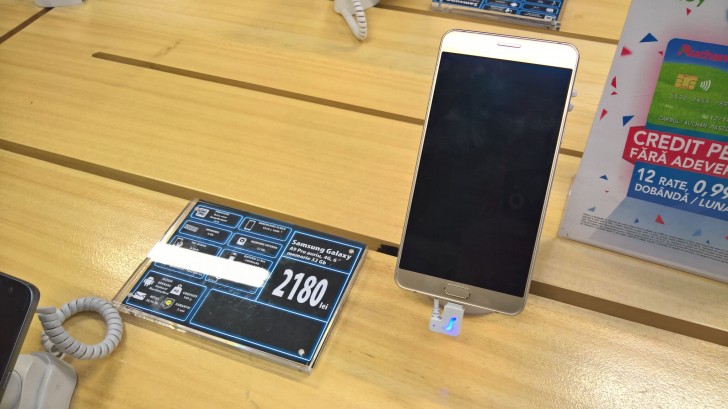 Well, that is no more, as the international version, the one already live in India has finally hit European soil. The handset was spotted on a shelf in Romania, with an asking price of RON2,180 . This translates to roughly EUR 485 - a fairly good deal for what the Galaxy A9 Pro (2016) has to offer.

Thanks for the tip Alex RTN

One of the best Samsung phones, A9 Pro flaunts a massive battery backup. After using it for almost a year my verdict is - I am never getting Bore of it. The 4GB RAM and Snapdragon 652 does the magic in running it smoothly and efficiently. A must buy ...

Do your research and find out for yourself or stop complaining, if these phones aint for you move on, samsung sells well in excess of 350+ million phones a year to almost Every market demand available to a global audience of almost 7 billion people w...