Samsung Galaxy A (2020) series will be unveiled on December 12

Samsung will unveil the first members of the Galaxy A (2020) series on December 12. This was confirmed by the company's Vietnam branch, which posted a short video on YouTube teasing its upcoming smartphones with a punch-hole display and a new camera array on the back.

Samsung hasn't announced what smartphones it's going to unveil on December 12, but we are likely to see the Galaxy A51 and A71 go official.

Renders of the Galaxy A51 and Galaxy A71 that leaked last month revealed very similar design - a punch-hole display on the front with the back housing an L-shaped quad camera. 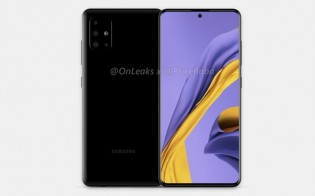 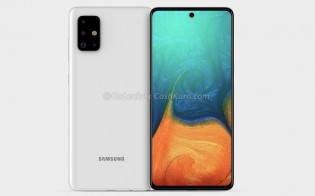 Leaked renders of Galaxy A51 (left) and Galaxy A71 (right)

With the announcement just over a week away, we are likely to see more teasers from Samsung about the Galaxy A (2020) series.

I bet you're an iPhone user lol.

samsung back at it again with launching devices on outdated software around new years eve. DO NOT BUY, unless you don't want Android S

How many people actually own a wireless charger? Most people still charge by wire because it's faster and less hurtful on the battery, given how inefficient is is.