Samsung Galaxy A series lands in November to fight Xiaomi

Samsung's incredibly oft-leaked Galaxy A series is going to get official pretty soon, it seems. A new report from the company's home country of South Korea claims that the Galaxy A3, Galaxy A5, and Galaxy A7 smartphones will go on sale at some point in November.

The three handsets have so far been rumored to emulate the design of the Galaxy Alpha (pictured below), which uses a metal frame. On the other hand, the A series consists of low-end and mid-range offerings, so they will be more affordable. 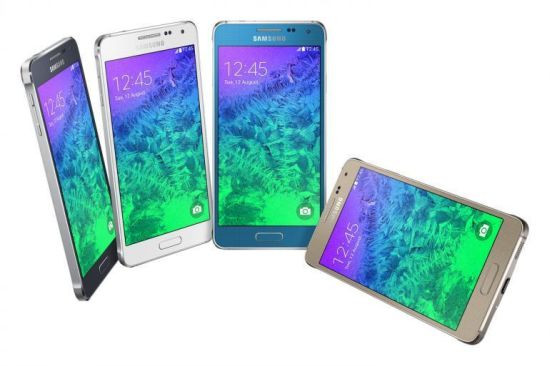 Interestingly, Samsung is said to challenge Xiaomi with these models, releasing them on the Chinese market. By one account, Xiaomi has already become the world's third biggest smartphone maker, following Samsung and Apple, and that's mostly thanks to its sales in China.

Obviously Samsung can't just sit idly by and watch as its numbers in China start collapsing, so apparently the A series was created to compete head-on with Xiaomi's products, which are known for pairing decent specs with incredibly low prices.

While the A3, A5, and A7 may have the decent specs, we're not sure they will be cheap enough to make a name for themselves in the notoriously competitive Chinese market. Samsung reportedly thinks that these three devices are equal in terms of specs to Chinese smartphones which cost around $475, but that's quite exaggerated.

Samsung never going down. MIUI is cheaper cause its OS is very cheap.. can MIUI give s-pen feature to its phone??

Samsung can never do it ... Even by feature n hardware xiaomi is giving huge .. N sumsung phones are only bullshit .. I think they don't have any RnD team .. Samsung is going down 👇...

MIUI is a crap infront of TouchWiz...