The yet to be announced Samsung Galaxy Alpha made a somewhat official appearance in Russia. The metal-clad Android handset was featured at a glitzy yachting event in Moscow. 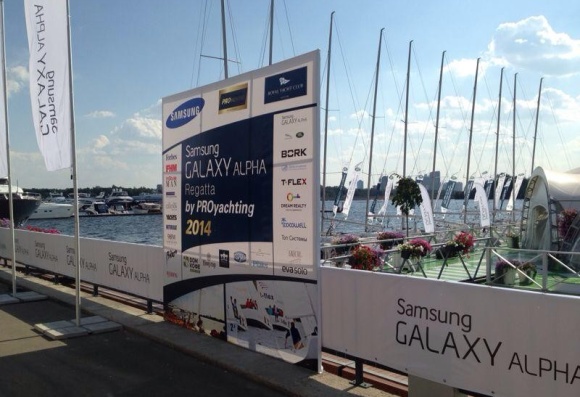 Curiously, Samsung is yet to officially take the wraps off the previously leaked Galaxy Alpha. An August 13 debut is rumored, with sales of the handset tipped to commence at some point in mid-September – right when the Apple iPhone 6 is set to arrive. 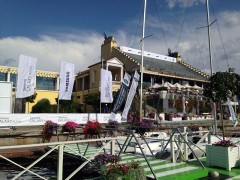 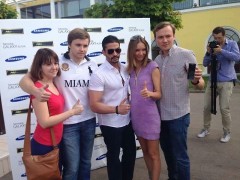 It is worth noting that by the time we prepared our news piece, the original images from the event were taken down, thus suggesting that the Galaxy Alpha's appearance might have been a tad too hasty. As you can see in the images above, the upcoming smartphone proudly poses for photos with event attendees. Its looks are already familiar, as they fall in line with past appearances.

On an unrelated occasion, an image showing the specs of the smartphone was leaked in Brazil. Save for the screen resolution, which looks like a clear typo, they are in line with what we know already. 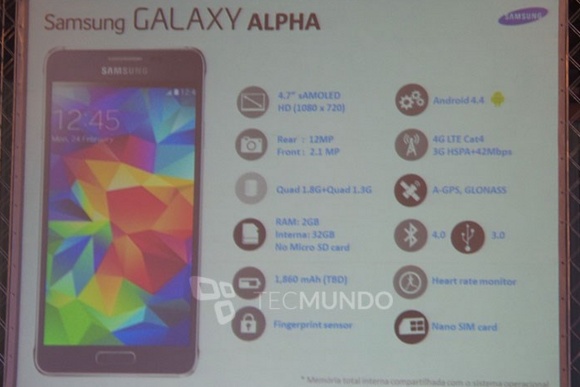