Samsung Galaxy Alpha may be discontinued by February

If you like the Samsung Galaxy Alpha, perhaps now's the time to go and purchase one. Because if the latest rumor from the company's native South Korea is to be believed, you won't be able to do that for much longer.

The report says that Samsung will discontinue the production of the Galaxy Alpha by early February. The manufacturer will allegedly produce the metal-clad smartphone only until the materials it currently has in inventory for it are all used up - there are no plans to order more parts for the Alpha. 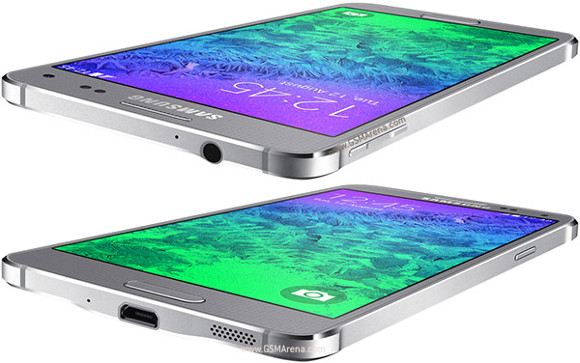 This all apparently comes from an unnamed "industry insider", so the usual cautions apply about taking such things for granted. If you're wondering why Samsung may kill the Galaxy Alpha so soon after its release, that is said to have something to do with the Galaxy A5.

That's supposed to be the replacement for the Galaxy Alpha, at least on the Korean market. There the A5 is expected to launch in the mid-January to early February time frame. Samsung will focus on more affordable devices in its home market next year, and the A5 is the first of those.

The Galaxy A5 will be priced at approximately KRW 400,000 (that's about $363 or €298). Samsung clearly hopes it will be more popular in Korean than the Galaxy Alpha, which wasn't a huge success.

Of course Samsung hasn't confirmed any of this yet, as you may have expected. So it can still go either way.

I paid 400 dollars on this device in october 2015 This is the first device that died so easily. No android 5.1.1, no security patch, no smart manager and gone from market. Thx samsung. The best phones ever made. Galaxy alpha and note7 both are d...

iam very disapoinded..because my galaxy alfa is at low price 26 thousand..i purchased at 37500

I hate my alpha I will never buy another .anyone want to trade a s5 or s5active