The upcoming iPhone 6 rival, the Samsung Galaxy Alpha, has been leaking from every crack of the Internet – hands-on photos, pre-order price, you name it. Now the Samsung site hosts the User Agent profiles of no less than five versions of the Alpha. 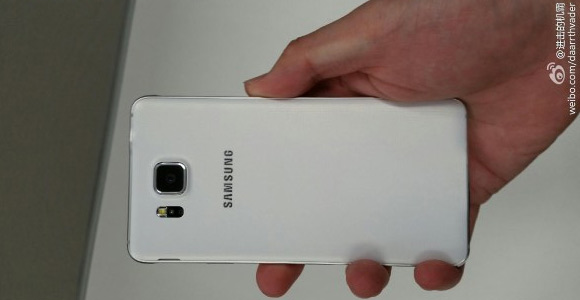 The base model number is Samsung SM-G850 with a letter identifying carrier and regional versions. The profiles confirm 720p resolution for the screen but surprisingly they differ in CPU clockspeed.

The G850A is listed with a 2.3GHz CPU, while most others are at 2.5GHz, except for the G850T, which lacks the max frequency field in the profile.

Here's a breakdown of what each letter means:

Anyway, the Alpha is reportedly powered by an Exynos 5433 chipset. Details on that chipset are scarce but it will be the first clocked as high as 2.3GHz and 2.5GHz, normally that's Snapdragon territory with Exynos topping out at 1.9GHz.

The official unveiling should take place on August 13 if rumors are to be believed.

bored with all the samsung design... it's all the same design, just big n small matter... piece of shit