Samsung Galaxy Amp Prime with 5-inch display and Android 6.0 launched on Cricket for $150 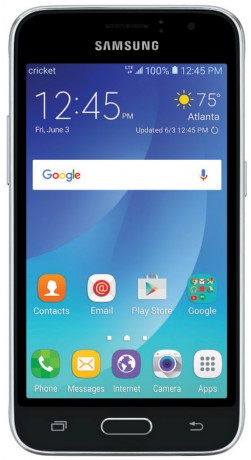 The device carries a price tag of $149.99, and is available both online and in stores.

In addition, Cricket will also be launching the Samsung Galaxy Amp 2, an entry-level 4G LTE smartphone with a 4.5-inch Super AMOLED display. Aside from signature Samsung features like Quick Launch camera and Ultra Power Savings Mode, the phone comes with an outdoor mode, which the carrier says lets users increase the screen brightness for 15 minutes for better visibility in sunlight.

The Galaxy Amp 2 will carry a price tag of $99.99, and will be launched on April 15. Like the Amp Prime, it'll also be available both online and in stores.

Where we can buy a LCD on this device

Only Apple users leave senseless opinions about Samsung (android phones) but the people are discovering that Apple is a crap!

You don't know what you are talking about. Go and do a proper comparison of this to iphone 3gs which was released in 2009. Please don't leave comments that don't make sense.